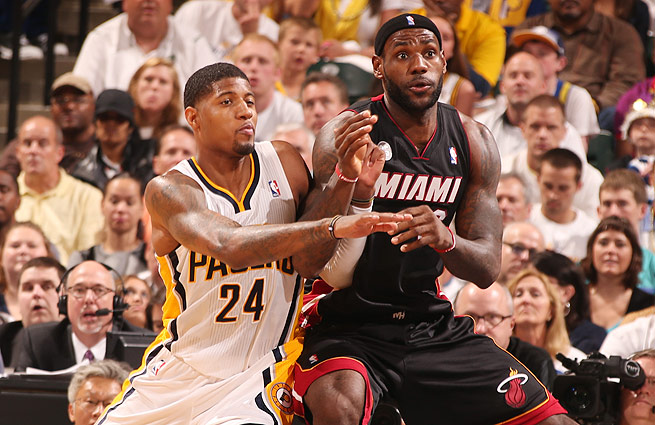 When the NBA’s final four was set, count me among those who thought the Indiana Pacers were the weakest link left. I went on record doubting the Pacers’ chances, saying they wouldn’t be the last team standing.

Shows what I know. If Game 1 was any indication, the Pacers are rolling at the right time. They routed the Miami Heat on Sunday, putting up their highest point total of the playoffs (107). They got off to a hot start and didn’t look back, getting balanced scoring and capitalizing on dreadful defense by the Heat to take the opener.

Still, all is far from lost for Miami. Heat fans believe the Pacers simply did what they’re expected to do: hold serve on home court. But it’s the way the Pacers drubbed the two-time defending champs that should have Heat Nation concerned.

It’s become a tired sports cliché to say a game is a “must win,” but Game 2 looms large for Miami. It needs to win Tuesday night, and here’s why/how:

WHY (AND HOW) MIAMI NEEDS TO WIN GAME 2

Heat Nation can take solace in the fact that the Heat are 16-2 after losing playoff Game 1s in the James-Wade-Bosh era. Historically, they know how to recover and they can draw on their playoff experiences to do so. The dynamic of this series will look plenty different if Miami heads home all square at one game apiece.