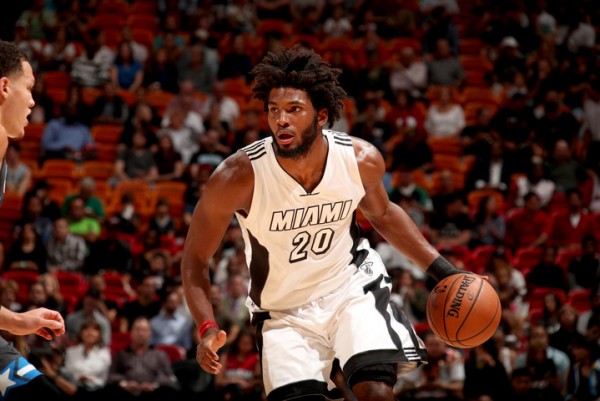 On Friday, Miami reporter Ira Winderman took to Twitter to share the news that Winslow, a Houston native, has donated $50,000 for Hurricane Harvey relief efforts.

Heat forward Justise Winslow has just personally made a $50,000 donation for Hurricane Harvey relief efforts in his hometown of Houston.

Winslow is one of many professional athletes to offer his charity in the hopes that it helps the city of Houston on its road to recovery. Other notable donations have come from Houston Rockets point guard Chris Paul and the Houston Texan’s J.J. Watt, while fellow Houston native and NBA star Gerald Green took to social media earlier in the week asking for someone with a boat to join him in helping any Houstonians stranded by the extensive flooding.

Houston’s recovery from the calamitous storm will likely take years to complete. Still, help from players such as Winslow goes a long way in bringing the city back to its former state.
[xyz-ihs snippet=”Responsive-ImagenText”]