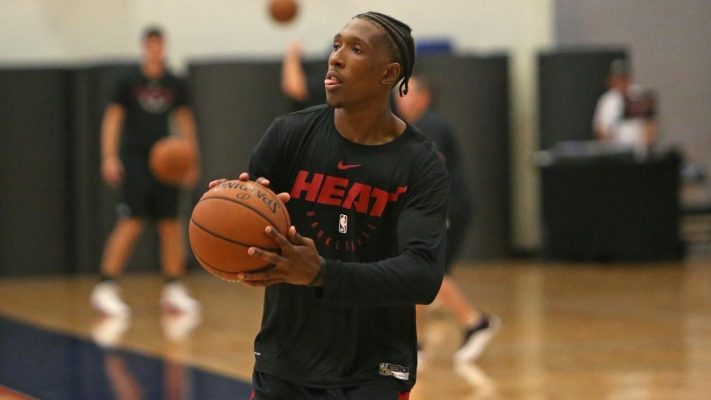 The Miami Heat closed out their preseason camp with a scrimmage on Saturday morning. While there were several highlights, including an early Derrick Jones Jr. dunk and Justise Winslow taking regular turns at the point guard position, there was one notable lowlight.

That lowlight took place when Josh Richardson left the “Red, White & Pink” scrimmage with a left thigh contusion in the third quarter.

Josh Richardson has a left thigh contusion and is out for the balance of the scrimmage.

There is no indication that the injury that Richardson sustained is serious, but it’s never good to have to start worrying about injuries this early in the season.

It is interesting to note that Richardson has been one of the players at the center of the trade rumors regarding Minnesota Timberwolves All-Star Jimmy Butler. It has been reported that the Heat are reluctant to give up Richardson.

Here’s hoping to a speedy recovery for a player who is looking to take yet another leap in his young and promising career this season.
[xyz-ihs snippet=”HN-300×250-TextnImage”]