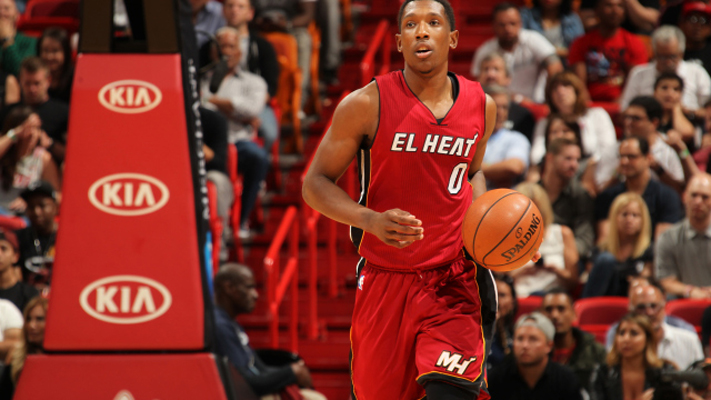 Josh Richardson is officially questionable for Sunday’s Game 7 versus the Charlotte Hornets.

At the end of the Miami Heat’s 97-90 victory over the Hornets on Friday night, Richardson suffered a left shoulder injury when he collided on a screen set by Charlotte’s Cody Zeller.

Richardson had an MRI on Saturday and the results came back negative, as there is no dislocation or tear. However, he will still be a game-time decision for Game 7.

Sources: Miami rookie Josh Richardson's MRI came back negative, no dislocation or tear. He'll be a game-time decision for Game 7.

After injuries to Tyler Johnson and Beno Udrih, Richardson became the top guard off of the Heat’s bench. He proved himself as one of the NBA’s better rookies when he averaged 10.2 points on 53.3 percent from three-point range in 29 games after the All-Star break.

If Richardson is unable to go in Game 7, Johnson may take his spot in the rotation.
[xyz-ihs snippet=”Responsive-Ad”]