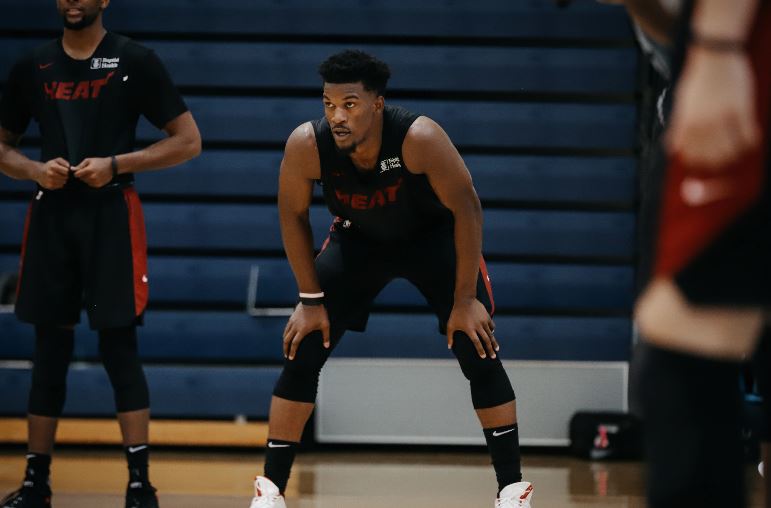 It looks like Miami Heat newcomer Jimmy Butler’s debut will have to wait.

UPDATE: Coach Spo says the plan for @JimmyButler now is to not go on the upcoming road trip to Milwaukee and Minnesota. James Johnson (conditioning) will not travel.

Butler, 30, missed the team’s season opener against the Memphis Grizzlies on Wednesday. While the Heat initially cited the absence due to “personal reasons,” Heat head coach Erik Spolestra formally announced the birth of the star’s daughter on Friday.

“@JimmyButler is now a proud father to a baby daughter. We’re thrilled for him and we’re really excited.” – Coach Spo

In addition to Butler being out of action this weekend, veterans Dion Waiters and James Johnson will also miss the Heat’s first road trip of the season.

Johnson, 32, missed training camp after failing to meet conditioning standards. Waiters, on the other hand, was suspended by the Heat for acting out of line during the team’s preseason finale.

Waiters also missed the Heat’s season opener on Wednesday. Although the Heat lifted the suspension on Thursday, the shooting guard will not travel with the team to Milwaukee and Minnesota this weekend.