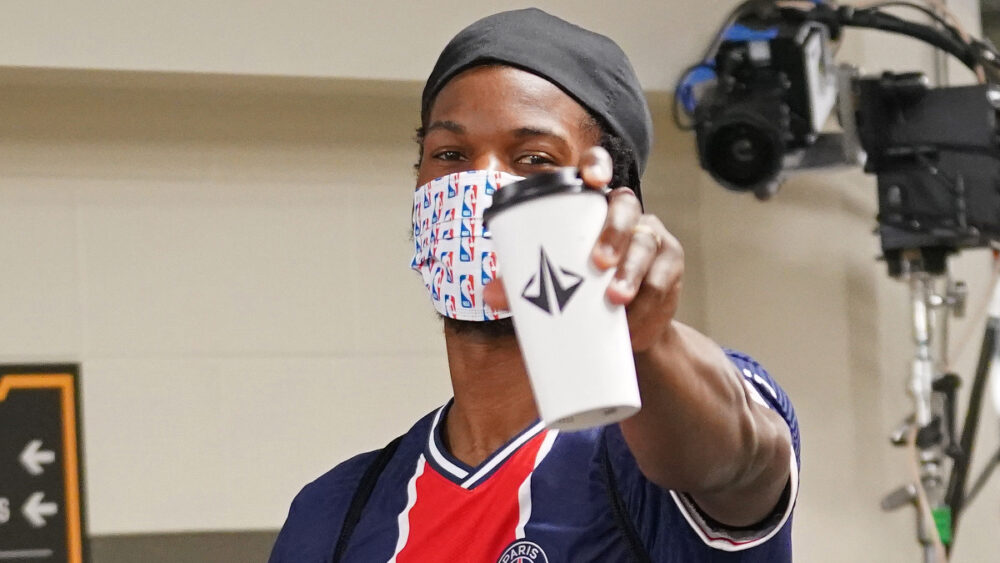 While the on-court focus of the Miami Heat’s Jimmy Butler remains on advancing to the NBA Finals, he’s also taken the time to register three trademarks for his burgeoning “Big Face Coffee” business.

Jimmy Butler has filed 3 new trademarks for the coffee business that he launched from his hotel room in the NBA bubble.

The filings, all made on September 4th, cost Butler $4,125 in USPTO fees. #bigfacecoffee #jimmybutler#NBAPlayoffs pic.twitter.com/JajhiOzT4Q

Butler made news within the NBA bubble by selling coffee made from the French press coffee machine he brought with him to Orlando, Fla. Purchasing that coffee comes at a steep price, with Butler charging $20 per cup.

The lack of any competition when it came to coffee options served as the reason for Butler’s high-priced java, with the veteran citing the economic model of supply and demand to explain his pricing.

The 31-year-old Butler has previously indicated that he plans on opening up a coffee shop when he retires from basketball. Whether or not that occurs doesn’t figure to be answered for years, considering that he’s in currently in the prime of his career.

However, the different trademarks will allow him to sell coffee-related merchandise, such as clothing, hats and other items, which should help enrich his financial bottom line.

Butler’s main focus is on Game 2 of the Eastern Conference Finals against the Boston Celtics on Thursday night, with the Heat having won a thrilling Game 1 matchup in overtime.

A clutch 3-pointer by Butler helped send that game into an extra session, play which would help enhance any brand.