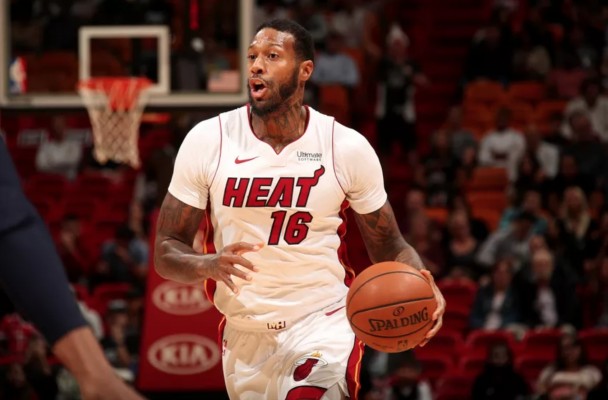 The Miami Heat received some bad news on Sunday with the MRI results of James Johnson showing that the forward will miss anywhere from seven to 10 days as a result of bursitis in his right ankle. That could mean Johnson will be out for four to five games during his rehabilitation, including Monday night’s game in Atlanta.

Results of MRI on James Johnson showed right ankle bursitis #Heat say. He is expected to miss 7-10 days and will not travel with team to Atlanta.

The 6-foot-9 Johnson departed Saturday night’s home matchup against the Los Angeles Clippers. Ira Winderman of the Sun Sentinel noted that Johnson could be seen hobbling as he left American Airlines Arena following the game.

Johnson, who turns 31 in February, has averaged 10.9 points, 5.2 rebounds and 4.1 assists in his 28 games this season. The nine-year veteran is currently in his second year with the team, having signed a four-year, $60 million free agent contract during the offseason.

The injury to Johnson is another blow to the Heat, which is already dealing with injury issues to players like Hassan Whiteside, Justise Winslow and Okaro White. Last season, a similar injury scourge resulted in the Heat finishing the first half of the year with an 11-30 record, which ultimately ended up costing it a playoff berth.
[xyz-ihs snippet=”HN-300×250-TextnImage”]