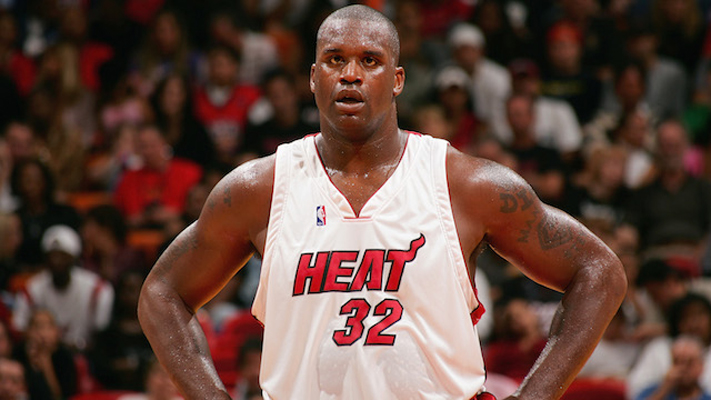 The contributions of former Miami Heat center Shaquille O’Neal will be recognized at the start of next season when the team officially retires his No. 32 jersey that he wore from 2004–2008.

O’Neal was acquired in July 2004 from the Los Angeles Lakers before being dealt to the Phoenix Suns in February of 2008. He was a key part of the franchise’s first NBA title in 2006, and helped lead the team to three straight division titles.

Despite the span of eight years since he last put on a Miami uniform, O’Neal remains the team’s all-time leader in field-goal percentage after having connected on 59.6 percent of his shots during his time with the franchise. On February 26, 2007, he became just the 14th NBA player in history (at the time) to score 25,000 points.

“Shaquille O’Neal is one of the truly elite players in the history of the game and one of the greatest players to ever wear a Heat uniform,” team president Pat Riley said. “He took us to another level as a basketball franchise while leading us to our first NBA championship. Retiring his number in the rafters, along with Heat greats Alonzo Mourning and Tim Hardaway, is something we are very proud of.”