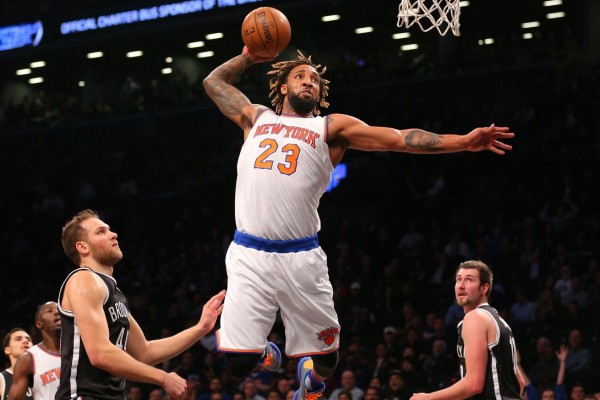 While Miami Heat fans are still getting over the fact that Dwyane Wade has signed with the Chicago Bulls, the Heat front office is back to work trying to field the best team possible next year. That’s going to be extremely hard because even though the Heat have some money to spend, most of the premier free agents have already signed with other teams.

However, according to Adrian Wojnarowski of The Vertical, forward Derrick Williams has agreed to a one-year, $5 million deal with the Heat.

Williams is signing a one-year deal because he wants to improve his value under the leadership of Erik Spoelstra and test the market again in 2017.

Williams has bounced around in the league in his six years but spent last year with the New York Knicks who renounced him today. He averaged 9.3 points and 3.7 rebounds per game last year. The University of Arizona product shot 43.3 percent from the field and was a solid rotation player for a Knicks team that only won 32 games last season.

This is the first signing Pat Riley has made since Wade left and is a good step towards building a decent roster for the 2016-17 campaign.
[xyz-ihs snippet=”Responsive-ImagenText”]