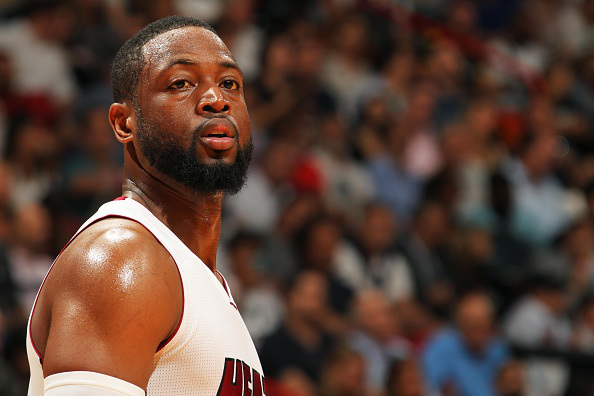 It’s no secret that the relationship between the Miami Heat and franchise star Dwyane Wade has soured over recent weeks.

Now we have an idea of why.

Wade is unhappy with his current contract and wants a new one where he’s paid more money. While that fact has been known for the past week, what wasn’t known was what the Heat offered Wade during contract negotiations.

That number is known now as Ethan Skolnick of Bleacher Report clarified on Twitter that Miami offered Wade under $10 million a season:

Presently speaking, if Wade is to exercise his player option for the 2015-16 season, he would earn $16.1 million. Last season, “Flash” earned $15 million.

This bit of news is alarming for a number of reasons—the fact that Wade was offered so little and the fact that it seems the organization is ready to move on from No. 3.

If Pat Riley and company offered a former NBA Finals MVP and 11-time All-Star under $10 million a season they are clearly sending the message that they are ready to start a new era. The 2016 offseason just so happens to be the year that salary caps skyrocket due to the new television deal and free agents such as Kevin Durant hit the market.

The Heat’s strategy has been to reload in 2016. That’s been transparent. The difference now is that Wade was assumed to be part of it.

While the news is a bit startling, it’s hard to envision Wade playing in another uniform in the near future. Crazier things have happened though which means the Heat and their veteran shooting guard need to get on the same page before negotiations get even worse.
[xyz-ihs snippet=”Responsive-Ad”]