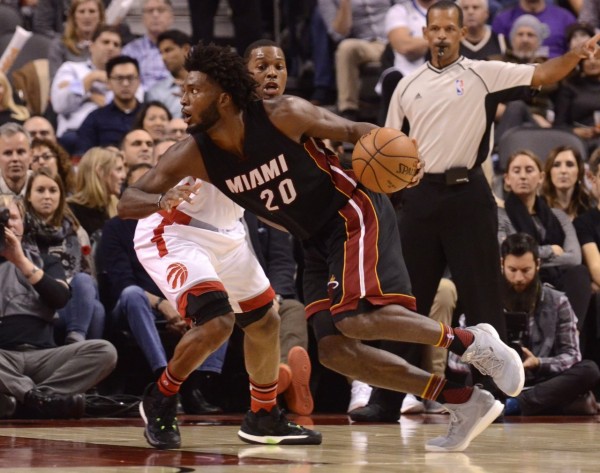 The Miami Heat have been dealing with nagging injuries all season long. And now, they are finally getting some relief for their troubles in the form of a $1.3 million disabled player exception for the season-ending injury suffered by Justise Winlsow earlier this month.

After Winslow had suffered the injury, a torn labrum in his shoulder, the Heat applied for the player exception in order to receive some compensation for their loss. The league divvied out the $1.3 million after NBA-designated physicians had determined that Winslow’s injury was “substantially more likely than not” to keep him out through June 15. The amount granted to Miami is exactly 50 percent of Winslow’s $2.6 million salary, as per NBA rule.

Miami may now use that money to sign a free agent on a salary of up to $1.3 million for the rest of the season or claim a player off waivers, so long as he’s in the final season of his contract. They will have less than two months to use the exception, as it is set to expire on March 10.