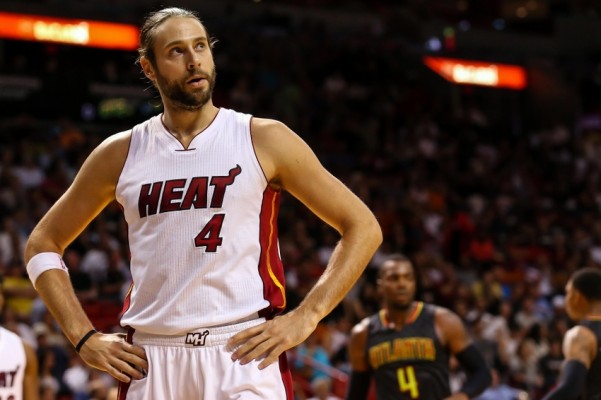 In an attempt to create some salary-cap relief, the Miami Heat are reportedly sending Josh McRoberts and a future second-round pick to the Dallas Mavericks in exchange for A.J. Hammons, according to The Vertical.

Heat plan to send McRoberts and a future second round pick to Dallas for A.J. Hammons, league sources tell The Vertical. https://t.co/OJY3sDiB4q

McRoberts is expected to make $6 million for the 2017-18 campaign, and clearing his salary would give the Heat an opportunity to re-sign forward James Johnson. The 6’10” power forward played in just 81 games in his three season in Miami and averaged just 4.9 points and 3.4 rebounds on 37.3 percent shooting in his final season.
[xyz-ihs snippet=”HN-Native-EndofArticle”]