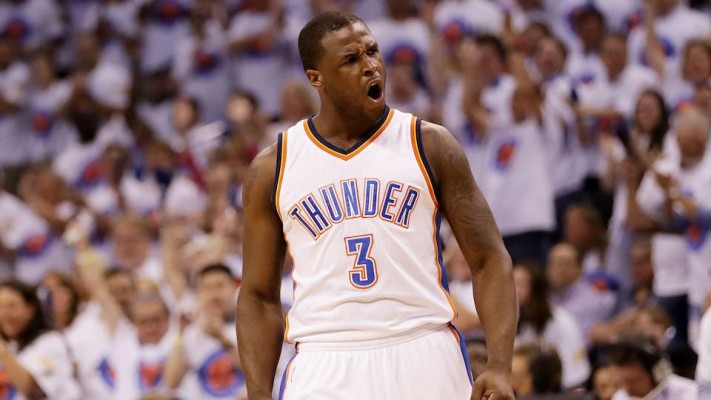 According to Tim Reynolds of the Associated Press, the Miami Heat have signed guard Dion Waiters using their one-year, $2.9 million room exception.

AP Sources with @ByTimReynolds: Dion Waiters has agreed to a 1-year deal with Heat for $2.9M exception.

Earlier this month, Pat Riley said that the team would most likely save the room exception to use as an asset for later on in the season. But evidently the Heat clearly believe that Waiters is worth the value on the current market.

According to Adrian Wojnarowski of the Vertical, there is a second-year player option that brings the total value of the contract close to $6 million. However, with the salary cap set to increase again, it is unlikely that Waiters would use that option.

Waiters played for the Oklahoma City Thunder the past two seasons and averaged 10.9 points, 2.7 rebounds, and 1.9 assists per game. He also shot 35.8 percent from 3-point range last year and will provide solid spacing for the Heat. The 6’4″ guard was a consistent rotational player (played 78 games) for the Thunder and displayed some bright moments in the playoffs.

Mainly known for his offensive skills, Waiters used to be called “Kobe-Wade” when he attended Syracuse University because he modeled his game after those two players. It is unclear whether Waiters will start for the Heat, but it would be a tall task to fill Dwyane Wade‘s shoes next year.

The Heat continue to sign short-term contracts with free agents and maintain their flexibility for the upcoming offseason.
[xyz-ihs snippet=”Responsive-ImagenText”]