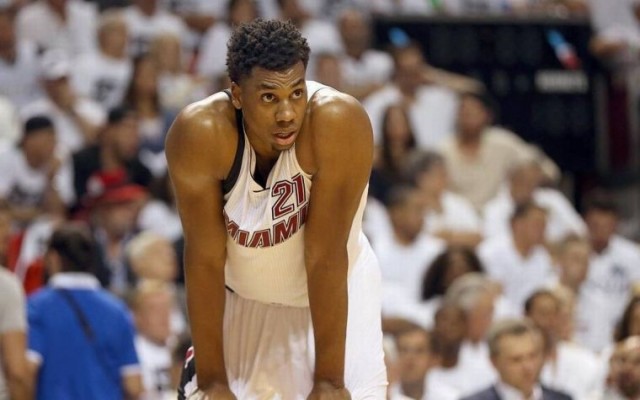 Miami Heat center Hassan Whiteside has been dealing with a lingering left knee injury for much of the season, and while the 7-footer has managed to suit up for a majority of the Heat’s games, thus far, he will be watching the game on the bench during Wednesday night’s matchup against the New York Knicks.

Whiteside will reportedly sit the game out due to knee soreness as he injured his knee during the Heat’s season opener against the Orlando Magic, and while he missed the following fives games as a result, he has played in every game since then.

No Hassan Whiteside tonight due to left knee soreness.

While not having Whiteside for tonight’s game is surely a loss for a team that is looking to rebound from Tuesday night’s blowout loss to the Cleveland Cavaliers, the Heat will likely take it as another opportunity to feature rookie big man Bam Adebayo. In Tuesday’s game, the University of Kentucky product shined coming off the bench with a career-high 19 points, six rebounds, and two assists in just 18 minutes of play.

The Heat will look to overcome Whiteside’s absence on Wednesday night to go 3-1 on their four-game road trip before heading back to South Florida to face off against the New Orleans Hornets on Dec. 1. Hopefully, the talented center will be ready to go by then.
[xyz-ihs snippet=”HN-300×250-TextnImage”]