Miami Heat News: Hassan Whiteside to Not Travel with Team to Toronto 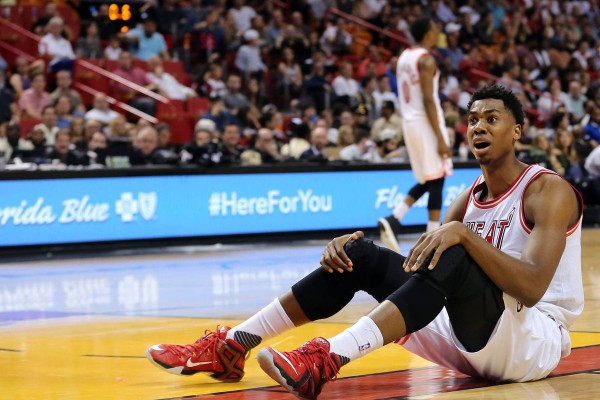 As expected, Miami Heat center Hassan Whiteside won’t be traveling with the team tomorrow for Game 5 against the Toronto Raptors.

INJURY UPDATE: Hassan Whiteside (sprained right MCL) will not travel with the team to Toronto for tomorrow night's Game 5.

Coach Spo says Whiteside will remain in Miami for treatment and rest.

Very little information has been released regarding Whiteside’s status, but he is considered day-to-day for now after suffering a sprained right MCL in Game 3.

The center was arguably the team’s most important player in the playoffs as the Heat had been outscoring their opponents by 11.5 points per 100 possessions with the big man on the floor.
[xyz-ihs snippet=”Responsive-Ad”]