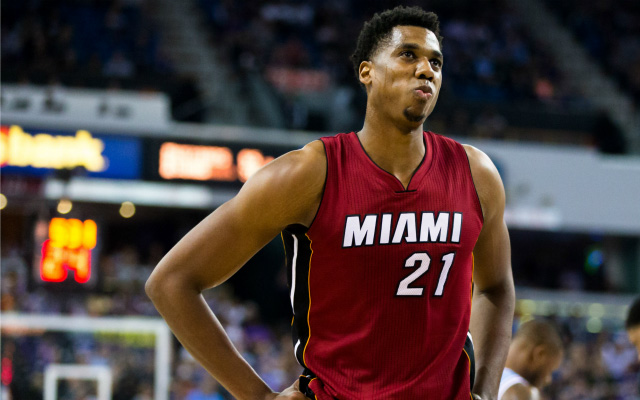 Although the Miami Heat will be playing their biggest game of the season Sunday afternoon in Toronto, they will be without their big man Hassan Whiteside, who continues to deal with an MCL sprain.

Whiteside broke the news to the media following the Heat’s win over the Toronto Raptors Friday night:

While it would have been encouraging to see the league’s top shot blocker return for Game 7, the Heat will not use any excuses as they will do whatever it takes. Friday night featured rookie Justise Winslow starting and the trend could continue Sunday.

Whiteside won’t be the only center out Sunday. Raptors starting center Jonas Valanciunas, who’s been nursing a sprained right ankle, is also not near a return. Both big men left during Game 3 and haven’t played since.

Dwane Casey says Jonas Valanciunas "is nowhere close to being ready" after that ankle sprain and won't be there for Game 7.