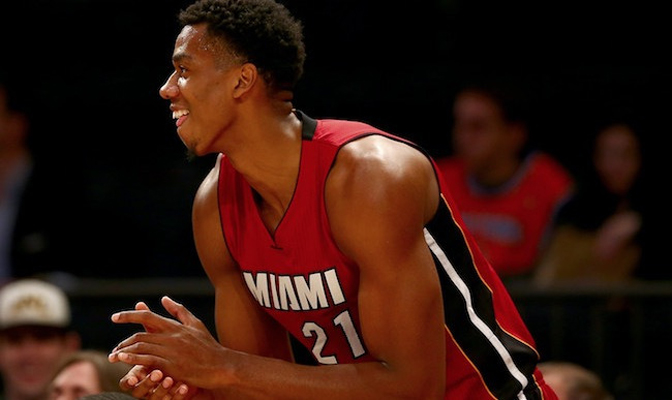 The big man had a productive week, finishing second in the East in rebounding (13.7) and 11th in scoring with 20.0 points a game on an NBA-best 73 percent shooting from the field. In the Heat’s 2-1 week, Whiteside had a double-double in each game to set the franchise record for consecutive double-doubles with 12.

This is the first time the 27-year-old has received the weekly honor in his career but not the first Heat player to win the award this season. Fellow teammate Dion Waiters also got it for the first time back in January.

Whiteside, who signed a massive contract over the summer, is having a phenomenal year. The center is putting up career-highs in scoring and rebounding with 16.7 points and 14.2 boards, respectively, per game while rejecting 2.1 shots a contest.
[xyz-ihs snippet=”Responsive-ImagenText”]