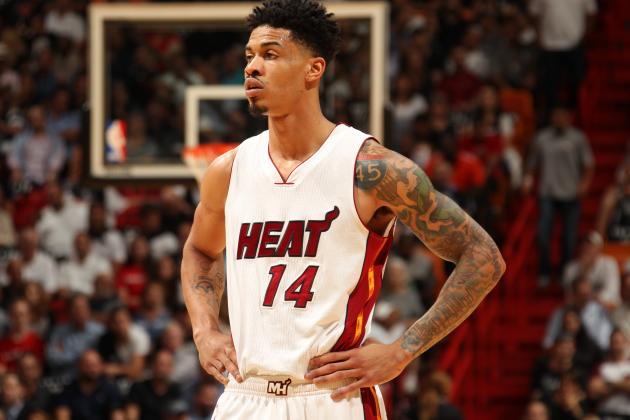 Miami Heat guard Gerald Green was hospitalized on Wednesday morning, though no details on his current condition or what the cause of the hospitalization was related to were offered by the team, which issued the following statement:

“This morning we were informed that Gerald Green was admitted into the hospital. Right now our concerns are with Gerald and we have no further comment at this time.”

Ira Winderman of The Sun Sentinel noted that fellow Heat guard Mario Chalmers was with Green when he was taken to the hospital. Chalmers lives close to Green’s home.

Green, who missed Tuesday night’s 98-92 loss to the Atlanta Hawks with what was reported as an illness, was signed over the summer as a backcourt option off the bench. In the first three games of the season, Green averaged 10.3 points per game in 21.5 minutes of action per contest.

Miami will face the Minnesota Timberwolves tomorrow night in a game set to tip off just after 8 p.m.[xyz-ihs snippet=”Responsive-Ad”]