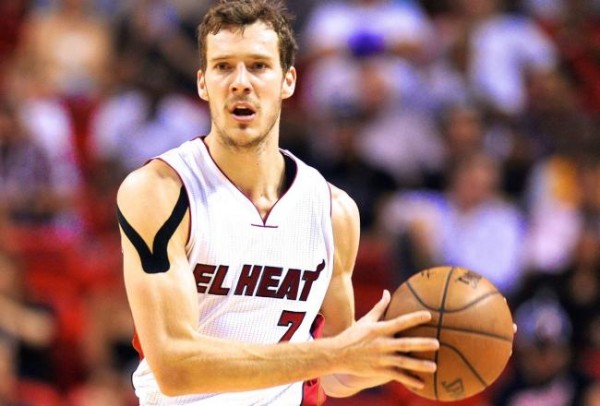 The Miami Heat will receive a little bit of help entering tonight’s game versus the Brooklyn Nets.

The Heat announced that Goran Dragic will make his return tonight after missing the last two games due to back spasms. Dragic initially aggravated the injury in a 99-97 loss to the Washington Wizards last Friday night. The star point guard missed two games, and the Heat went 1-1 in his absence.

His return will be much-needed as Hassan Whiteside will be suspended for Wednesday’s game versus the Nets. Whiteside was involved in an altercation with the Boston Celtics’ Kelly Olynyk on Monday night. The center shoved a forearm into the back of Olynyk’s neck and was ejected from the game. Miami would go on to lose by a score of 100-90.

Entering tonight’s meeting with the Nets, the Heat stand a half-game behind the Charlotte Hornets for the eighth and final playoff spot. Through 63 games played, Miami is 28-35 and ahead of the Nets by two-and-a-half games.

Since being acquired on February 19 from the Phoenix Suns, Dragic has played in eight games and has averaged 18.1 points and 5.7 assists while shooting .523 percent from the field.

Dwyane Wade spoke of Dragic’s impact on the team following practice on Tuesday:

The Heat will host the Nets at 7:30 pm EST and the game will be broadcast on Sun Sports.
[xyz-ihs snippet=”Responsive-ImagenText”]