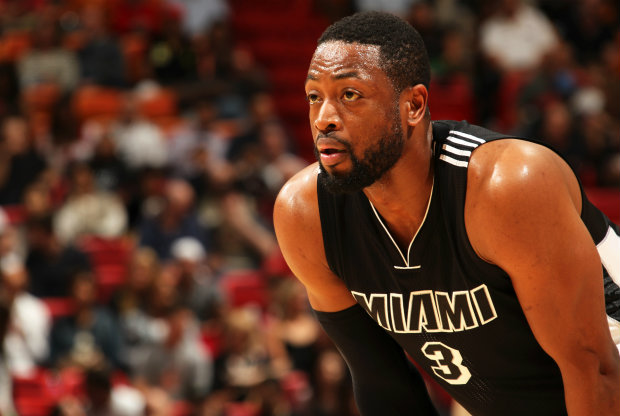 It seems like every time the Miami Heat are about to turn the corner, another player gets injured. Take last night’s game for example. The Heat were in the midst of a two-game winning streak about to clinch number three, until All-Star Dwyane Wade checked himself out of the ball game in the third quarter with what has been diagnosed as a strained right hamstring.

According to Ira Winderman of the Sun Sentinel, the initial prognosis is not good, as the Heat are expected to be without Wade for an “extended period” of time. Wade received treatment for the hamstring on Wednesday at American Airlines Arena.

As a result of the Wade injury, the Heat have decided to call up shooting guard Tyler Johnson from the D-League and extend to the guard a second 10-day contract. Johnson has seen averages of 18.5 points, 4.3 rebounds, and 4.3 assists with the Sioux Falls Skyforce this season.

Power forward Chris Bosh put it best when he said, “The most disappointing thing is we’re not even having a chance to be at full strength, to even see what we could do.” He then added, “Not 100 percent, but just at least have most of our guys. It just seems like every time we’re about to turn the corner, there’s a drawback. And it is what it is. I can’t really say anything else.”

The Heat look to take on the visiting Dallas Mavericks on Friday at 8:00 PM E/T. The game will be broadcast nationally on ESPN.
[xyz-ihs snippet=”Responsive-Ad”]