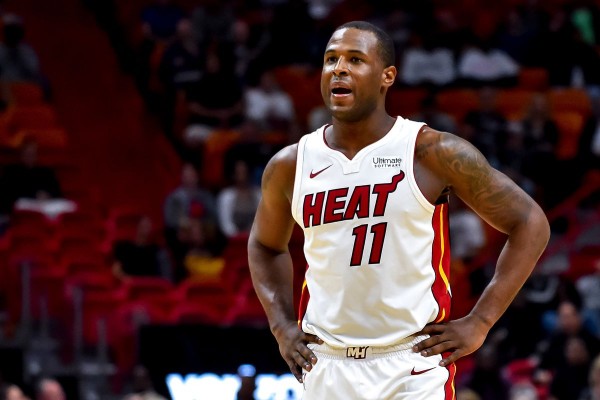 Dion Waiters has been one of the Miami Heat‘s most prolific scorers throughout the season. While he has struggled with injuries throughout his career, his 2017-18 campaign has been fairly injury-free. That almost changed in Wednesday’s game against the San Antonio Spurs, however, when Waiters reportedly injured his elbow while setting a screen in the loss.

According to reports, Waiters has been wearing a brace on his right elbow since the game, but says that he will not miss any time due to the injury.

Dion Waiters hurt right elbow in San Antonio setting screen. Wearing a brace. Says nothing to keep him out

It’s certainly promising that Waiters is not expected to miss any time. So far this season, the shooting guard is averaging 15.4 points, 3.8 assists, and 2.5 rebounds per game. The Heat are in need of that kind of production as they look to get themselves out of a slump in which they’ve dropped four of their last five contests.

The Heat have suffered losses to some of the best teams in the league during their slump, but have a great opportunity to get their season back on track against the beatable Brooklyn Nets this Saturday.

Waiters’ performance in Saturday’s matchup will be something to keep an eye on. While the sore elbow doesn’t seem serious, his performance against the Nets will shine light on whether or not this could become a cause for greater concern.
[xyz-ihs snippet=”HN-300×250-TextnImage”]