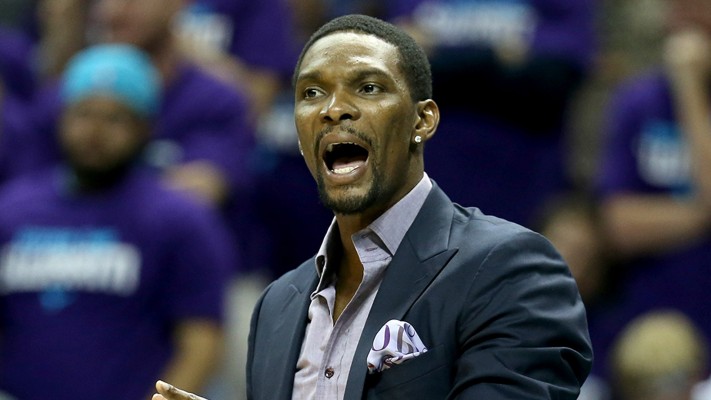 After months of speculation, the Miami Heat organization has finally made a definitive statement on Chris Bosh’s status for the remainder of the season.

The update comes after the National Basketball Players Association reached out to Bosh and the Heat organization in order to resolve the issue on whether or not he should play again this season. Recently, Bosh and his wife Adrienne have been strong advocates of a playoff return for the 6’11” All-Star but the Heat have remained mum on whether or not they would allow it. Until now, that is.

Here is the official statement released by the Heat earlier today:

“The Miami HEAT and Chris Bosh announce that Chris will not be playing in the remainder of the 2016 NBA Playoffs. The HEAT, Chris, the doctors and medical team have been working together throughout this process and will continue to do so to return Chris to playing basketball as soon as possible.”

This statement is likely to make Bosh unhappy as he has been insistent on returning for the playoffs for some time now. On April 26th, he posted pictures on Snapchat and Twitter of him practicing his shot at American Airlines Arena with the included caption: “Still got it.”

His wife also has also made posts on social media advocating his return. See below:

Though this may represent a potential rift between the two sides, at least things are now clear for both parties and Heat fans alike. Bosh will not be returning this season, whether he likes it or not. Clearly, the organization is worried about him and his long-term health, as his second stint with blood clots have induced a very real fear into Miami’s hearts and minds.

We can only speculate as to how Bosh will react to this news, but chances are, he won’t be thrilled. Clearly, the Heat believe this is what’s best for, not just the organization, but for Bosh himself.
[xyz-ihs snippet=”Responsive-Ad”]