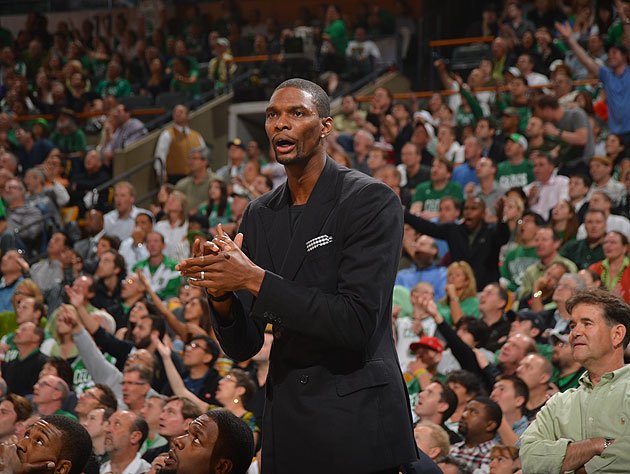 It sounds like Miami’s nightmare before Christmas is turning from bad to worse as Ira Winderman of the Sun Sentinel has reported that center Chris Bosh is likely to be out for the Heat’s matchup against the Cleveland Cavaliers on Christmas Day.

Spoelstra expects Bosh to be out again Thursday.

Bosh, on if he plays Christmas, “We’ll see tomorrow.”

This shouldn’t come as a huge shock to Heat fans as Bosh is still nursing that calf strain and does not yet have a timetable on his return. Bosh has missed the last five games for Miami, including an embarrassing loss to the Philadelphia 76ers on Tuesday night.