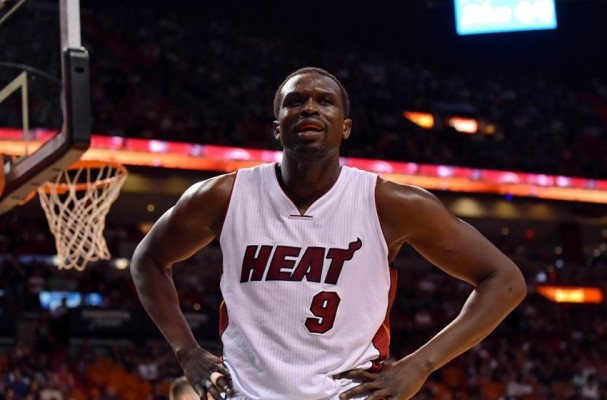 After spending two years with the Miami Heat, free-agent forward Luol Deng is set to leave and join the Los Angeles Lakers.

Deng, 31, reached a massive four-year, $72 million deal with the Lakers early Saturday morning, according to Shams Charania of The Vertical:

Although Deng averaged some of his lowest numbers in a Heat uniform, the 13-year veteran was an asset on and off the court. His best play came against the Charlotte Hornets in the first round of the 2016 NBA Playoffs when he put up 19.0 points on 54 percent field-goal shooting and 6.6 rebounds a game to help the Heat win a tough 4-3 series.

The news of Deng’s departure came out just hours after the Heat saw swingman Joe Johnson go to the Utah Jazz. It would have been nice to retain both players, but the market was presenting too much for the Heat to counteroffer.

If there is any optimism from Deng’s leave, it’s that youngster Justise Winslow will likely become a Heat starter. The 10th pick in the 2015 NBA Draft was a huge encouragement to many Heat fans as he portrayed his raw talent last season, which will hopefully develop into All-Star play in the coming years. Deng will be missed, but Heat fans should be ecstatic about Winslow’s potential growth, which should show in his first full-time starting gig.
[xyz-ihs snippet=”Responsive-ImagenText”]