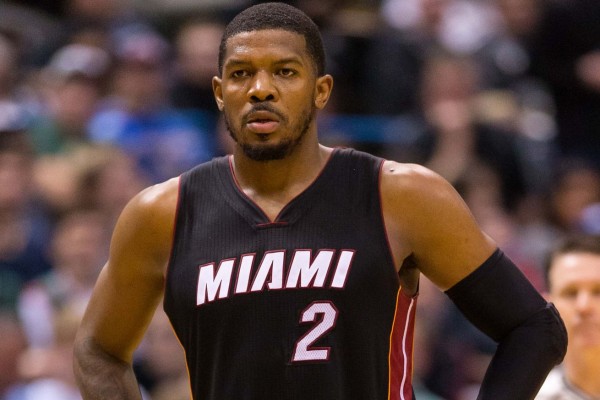 Joe Johnson had a short stint with the Miami Heat after being bought out by the Brooklyn Nets last season. Johnson played well when he got to Miami averaging 13.4 points per game and shooting 41 percent from three-point range.

Johnson was brought in after Chris Bosh went down with a recurrence of blood clots in March this past season. He was one of the most appealing options for many teams in the buyout market. The swingman ended up choosing the Heat over the Cleveland Cavaliers and Oklahoma City Thunder.

However, news late on July 1st from TNT’s David Aldridge indicates that Johnson will play for the Utah Jazz next year. The University of Arkansas product is an unrestricted free agent this summer and with the cap gymnastics the Heat are attempting to pull off, Johnson all of a sudden becomes expendable.

Utah agrees to terms with Joe Johnson on a two-year, $22 million deal, per league source.

There was some thought that the Heat could retain Johnson for a salary near the veteran minimum, but the seven-time All-Star clearly was a known commodity on the market due to his scoring punch when needed. Aldridge notes Johnson will likely sign a two-year deal worth $22 million.
[xyz-ihs snippet=”Responsive-ImagenText”]