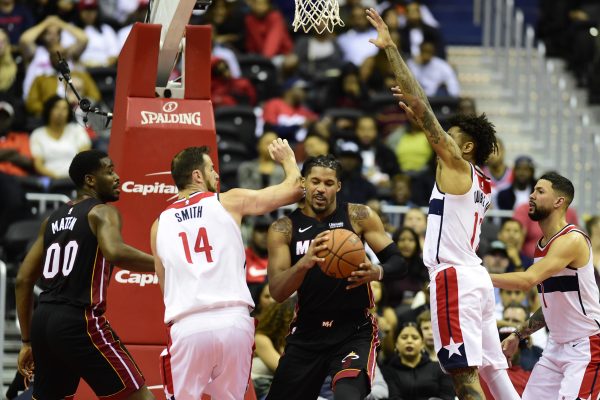 Center Jarnell Stokes of the Miami Heat G League affiliate Sioux Falls Skyforce has left the team according to a Wednesday report.

Stokes was in training camp with the Heat and was acquired by the Skyforce on Dec. 8, 2018.

Heat's G League affiliate, the Sioux Falls Skyforce, announces that Jarnell Stokes "has left the team to pursue other opportunities." Stokes was in camp with the Heat.

Stokes’ departure is a reminder that the world of professional basketball is not all bright lights and glory. Many players grind for years for an opportunity to make it to the big show. According to one report, Stokes could be headed overseas to continue his basketball career outside of the NBA.

Throughout his career, Stokes enjoyed some serious high points. He first appeared in Sioux Falls during the 2015-16 season, where he averaged 20.6 points and 9.3 rebounds per game. He was named NBA G League MVP that season and led the Skyforce to their first championship.

He signed a multi-year deal with the Denver Nuggets in the fall of 2016, but a stress fracture in his foot led to his release several months later.

Hopefully, Stokes finds great success in whatever opportunity he decides to pursue next.
[xyz-ihs snippet=”HN-300×250-TextnImage”]