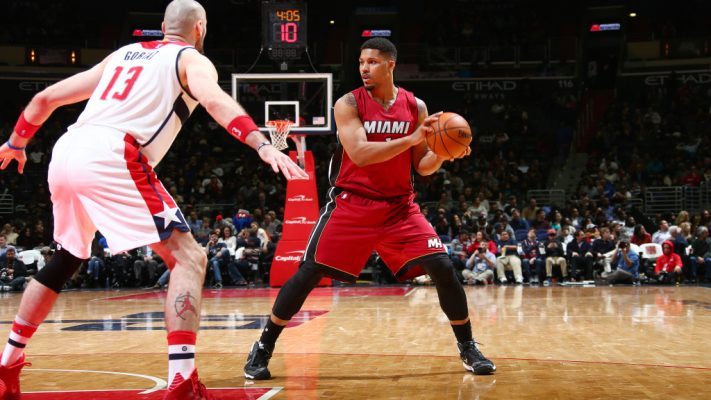 The Miami Heat have signed Jarnell Stokes, according to Alex Kennedy of HoopsHype.

Jarnell Stokes has agreed to a deal with the Miami Heat, according to sources. Stokes, who was named G-League MVP in 2016, was previously with the Heat during the 2015-16 season.

Stokes previously spent time with the Heat during the 2015-16 season, where he played in five regular season games for Miami before being traded to the New Orleans Pelicans.

The University of Tennessee product was named the Most Valuable Player of the G League in 2016 as he averaged 20.6 points and 9.3 rebounds per game while leading the Sioux Falls Skyforce to a championship.

Stokes most recently played with the Zhejiang Golden Bulls in China where he put up averages of 25.0 points and 13.9 rebounds per game.

The signing of Stokes brings the Heat’s current roster total to 18, which is two shy of the offseason limit. The last two roster spots are most likely being held for Udonis Haslem and Dwyane Wade. During the regular season, teams are allowed to have 15 players on the roster as well as a maximum of two two-way players.
[xyz-ihs snippet=”HN-300×250-TextnImage”]