Report: James Johnson Choosing to Work Out on His Own, Misses 2nd Day of Training Camp 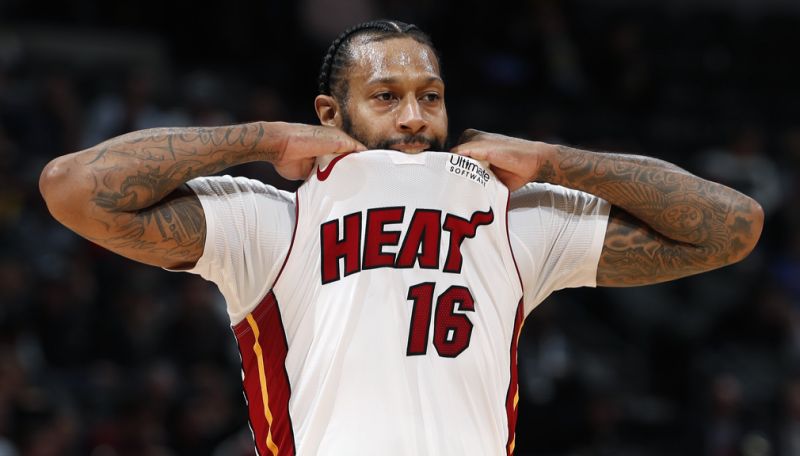 Just one day after the Miami Heat announced that the conditioning regimen of forward James Johnson was deemed to be substandard, the veteran has taken steps on his own to change the situation.

A new report indicates that during the team’s second day of training camp, he was working out away from the team, though he has maintained communication with the Heat’s trainers.

James Johnson has been in touch with Heat trainers but is currently working on his own, NBA source tells Sun Sentinel.

The Heat took the drastic step of banishing the 32-year-old Johnson from the team’s practices until he meets the team’s rigorous physical standards. Despite that move, they’re no doubt counting on him to return in quick fashion, which was made clear by the comment of Miami head coach Erik Spoelstra.

“He is still very much a part of our team and we hope to get him back soon,” Spoelstra said.

Johnson has some financial motivation in getting back, according to ESPN’s Bobby Marks, who noted that Johnson’s failure to meet the established standards was something of a surprise.

“Johnson has a $242K likely bonus in his contract for body fat percentage and weight requirement,” Marks said as quoted by the Sun Sentinel‘s Ira Winderman. “Johnson has met the bonus in the previous two seasons.”

For each of the next two seasons, that amount is a small portion of what Johnson will be earning on the year. He’ll be paid $15.3 million for this season and just over $16 million during the 2020-21 campaign.

Those salaries put a burden on the Heat’s payroll, which is one reason why Johnson’s name has been mentioned in trade talks. However, teams have been reluctant to take on such a contract, which could mean that he ends up staying with the team for the remainder of the deal. That could potentially affect the team’s strategy for next year’s class of free agents.