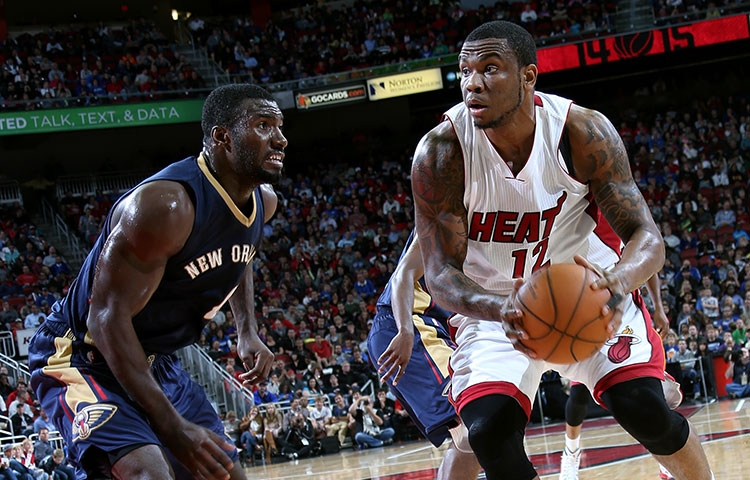 While we know the first cuts made by the Miami Heat were Reggie Williams and Chris Johnson, what isn’t known are the last three players who will be cut before the regular season begins on October 29.

The Heat are down to 18 players now with five preseason games remaining. They will need to get down to a maximum of 15 players by October 27. One person may have a clue as to the remaining players Miami will release as they trim their roster to 15.

Ira Winderman of The Sun Sentinel predicted on Twitter that the Heat would cut Shawn Jones, Khem Birch and Tyler Johnson before the regular season starts.

In contrast to the first round of cuts, which included two veterans in Williams and Johnson, Winderman believes the next round of cuts will include a trio of rookies. Birch, Jones and Johnson all went undrafted in the 2014 NBA Draft.

In following up on his projection, Winderman stated the following in regards to Andre Dawkins, another young player competing for a spot on the Heat’s 15-man roster come opening night:

Winderman’s claim would hold merit considering Miami’s lack of three-point caliber shooters. With the release of Williams (career .371 shooter from beyond the arc) and the likely departure of Ray Allen, the team simply lacks perimeter shooters. Dawkins has played in just one preseason game (the overtime loss to the Cavs), where he scored six points on 2-of-3 shooting from beyond the arc.

In the case of Jones and Birch, however, both players have seen action in all three of Miami’s preseason games. Birch has made his presence felt mostly on the defensive and rebounding end, totaling 13 boards with two blocks in 42 minutes of action. Jones grabbed six rebounds in the opening preseason game versus the New Orleans Pelicans, but has done little since then, scoring four points with two rebounds in his last two preseason contests.

Johnson has yet to appear in a preseason game, as coach Erik Spoelstra has given playing time to James Ennis, Danny Granger, Shannon Brown and Dawkins at the swingman positions off of the bench.

Regardless, the 2014-15 Heat roster will not only look a lot different, but it’ll look a lot younger than the 2013-14 version that took the franchise to its fourth consecutive NBA Finals.
[xyz-ihs snippet=”Responsive-Ad”]