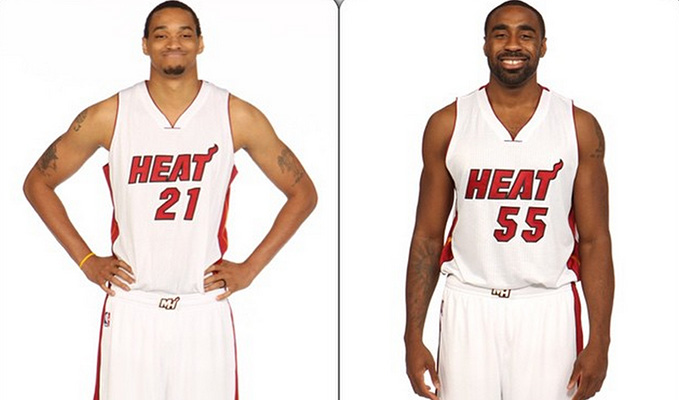 The first casualties are in, and they’re not all that surprising. The Miami Heat cut veteran Reggie Williams and center Chris Johnson on Monday.

The cuts mean the Heat are down to 18 players with just five preseason games left. The team needs to trim its roster to a maximum of 15 players by October 27, just two days before its season opener versus the Washington Wizards.

Williams was expected to compete with Shannon Brown for the backup shooting guard spot behind Dwyane Wade, but he never established himself during training camp or the preseason. In the three games he was on the Heat’s roster, he didn’t receive a single minute of playing time. Considering the Heat’s lack of depth at the swingman positions, it was shocking that the veteran guard couldn’t even receive playing time in coach Erik Spoelstra’s lineups.

The five-year vet was signed by Miami on August 12. He’s a career 37 percent shooter from beyond the arc and had spent stints with three different teams prior to signing with the Heat.

Johnson was the last player signed for the 2014 training camp roster on September 26. A three-year NBA veteran, Johnson was signed mostly for the purpose of adding a body to camp. Even with the Heat’s lack of quality big men, the center faced long odds in making it through the roster cuts. He appeared in one game for the Heat this preseason, notching one rebound, one assist and one block in six minutes of action.

The big has had stints with four different NBA teams and even spent the 2013-14 season playing in China. He holds career averages of 2.9 points, 1.9 rebounds and 8.4 minutes per game.

The Heat will continue to evaluate its roster when they host the Atlanta Hawks on Tuesday night.
[xyz-ihs snippet=”Responsive-Ad”]