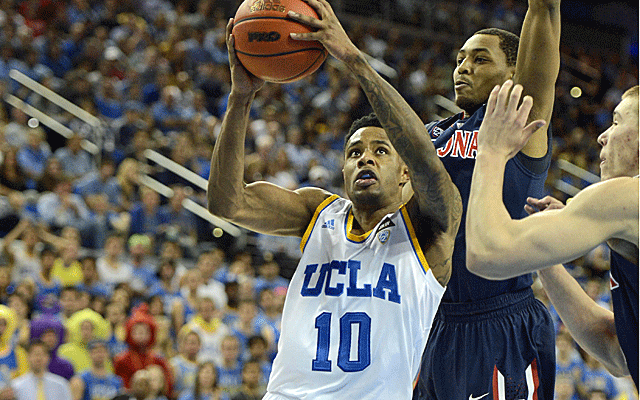 Now that the NBA Draft is over and the free agency frenzy has officially got underway, teams have turned their attention to their summer league rosters. The Miami Heat has invited 17 players, mainly rookies, to participate in the tournament style format beginning on Saturday, July 5, 2014 in Orlando, FL.

Headlining the group of Heat hopefuls is Shabazz Napier. Napier was acquired by Miami in the first round of the 2014 NBA Draft when Heat President Pat Riley decided to trade up with the Charlotte Hornets and acquire the NCAA Champion point guard. In his senior season, Napier averaged 18 points, 5.9 rebounds and 4.9 assists all while shooting 40.5-percent from the three point line. Napier can shoot from anywhere on the court but he is most comfortable pulling up off the dribble. Napier averaged 21.2 points in six games during the 2014 NCAA Tournament and was named the Tournament Most Outstanding Player. Napier is a lock to make the team and will split time with Norris Cole and will be asked to facilitate to the big three and make open shots consistently when Miami’s stars are double-teamed.

Larry Drew II, the son of former Milwaukee Bucks coach Larry Drew, began his college career at North Carolina before transferring to UCLA to finish out his senior year in 2013.  At UCLA, Drew averaged 7.5 points and 7.3 assists per game, breaking UCLA’s all-time assists record for a single season. Drew shot 43.3-percent from the three point line and has a silky smooth jumper.  Although he possesses great vision and can shoot from deep, Drew’s biggest strength is his ability to handle the ball. Like the great Allen Iverson, Drew has a deadly crossover and lightening quick first step, allowing him to get into the lane and set up his teammates. After beating his man off of the dribble Drew keeps his head up and finds his open teammates on the perimeter. Last season Drew played for Miami’s NBA D-League affiliate Sioux Falls Skyforce and has a chance to continue to improve in the D-League and to join the official Heat roster next season.

An All-Pac-10 player his sophomore year in 2011, the 6-foot-8-inch forward was originally drafted by the Sacramento Kings in the second round of the 2011 NBA Draft before being traded to the Houston Rockets in 2013. Honeycutt played in the D-League for two seasons before deciding to play overseas in an Israeli basketball league. Honeycutt is a slender built forward who has highlight reel leaping ability and is a great shot blocker but has been unable to develop a further understanding of his decision-making with the ball and could also stand to add some weight. He also needs to work on becoming a more consistent shooter. There is still a chance Miami takes a flier on Honeycutt and at the least offer him a chance to return to the D-League.

You might recall Honeycutt from the video below of him dunking over 4 people!

Hamilton was drafted by the Heat in the second round of the 2011 draft. Hamilton is a 7-foot center who can drift out to the three point line and knock down consistent shots from deep. Hamilton played in a Croatian basketball league before being called up by the Heat to join the Sioux Falls Skyforce and was a teammate of Larry Drew’s this past season. Hamilton is a one trick pony who can shoot from deep like a guard but as a 7-footer, is not much of a rebounder and does not possess the strength to defend in the paint against proven NBA centers. Like Honeycutt, Hamilton has the opportunity to display improvements at the Summer League and could get a chance to return to the D-League.

You probably do not recognize any of the names on the rest of the list (unless of course one went to school with your friend’s younger sibling or something to that effect) and barring some miracle, Pat Riley probably will not recognize them beyond the Summer League either.