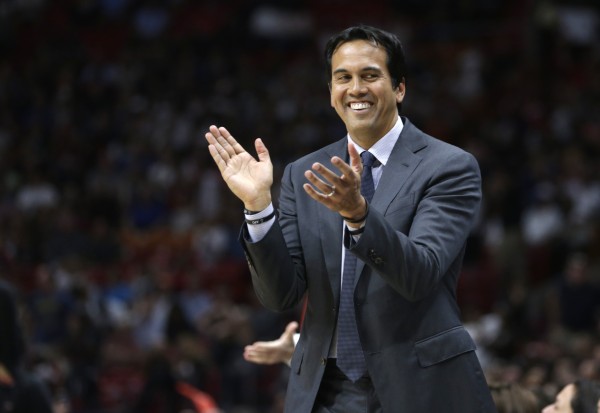 The Miami Heat have been firing on all cylinders as of late. After starting January off with a seven-game winning streak, they finished the month with a 10-5 record. Thanks to their success, the Heat currently control the fourth spot in the Eastern Conference and have solidified themselves amongst the conference’s best teams.

As a result, Heat head coach Erik Spoelstra was named the Eastern Conference Coach of the Month on Thursday.

Just Announced! Erik Spoelstra has been named @NBA Eastern Conference Coach of the Month of January!

On Wednesday night, the Heat missed out on an opportunity to move up to third in the Eastern Conference when James Johnson missed a last-second shot in a loss to the Cleveland Cavaliers.

Still, Spoelstra liked what he saw in Wednesday’s game and wants his team to stay the course.

“There were a lot of things that I really liked about our team tonight. We did not play well at all offensively. It’s probably one of our poorer games on that side of the floor in a while,” he said following the game. “It was pretty surprising that we still had a chance there at the end, but our defense really stepped up. That’s what we’ve been talking about, so we’re going to stay with that road map right now because we’re putting together an identity that our guys are really starting to find some purpose with.”

If the Heat can continue winning with a similar level of success that they enjoyed in January, Spoelstra may very well be on his way to a Coach of the Year award by season’s end.
[xyz-ihs snippet=”HN-300×250-TextnImage”]