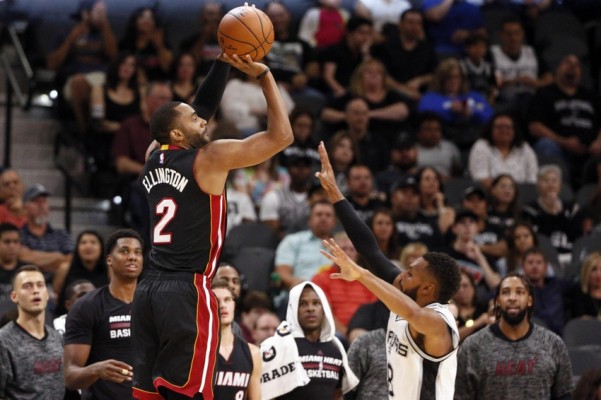 After having missed the past four games because of a left quad contusion, Miami Heat forward Wayne Ellington could potentially see action in Thursday night’s home contest against the Philadelphia 76ers.

Heat lists Ellington as probable for 76ers game Thursday, meaning Spoelstra is about to have his choice of 12 players who have been in NBA rotations in the past year, plus Haslem and Mickey.

Following Thursday’s shootaround, an update from the team was offered that indicates that a game-time decision will be made:

#PHIvsMIA INJURY UPDATE: Coach Spo says Wayne Ellington (left quad contusion) went through this morning’s team shootaround and will warm up with the intent to play tonight vs the Sixers. He is listed as probable.

The 30-year-old Ellington coincidentally suffered his injury during a Feb. 27 game against the Sixers, attempting to get through a screen in the second quarter. He didn’t return to the contest and has not seen on-court action since.

Ellington has averaged 11.0 points and 3.0 rebounds per game in his 60 games this season, coming off the bench in all but two of those contests. His two-year, $12 million contract will expire at the end of the season.
[xyz-ihs snippet=”HN-300×250-TextnImage”]