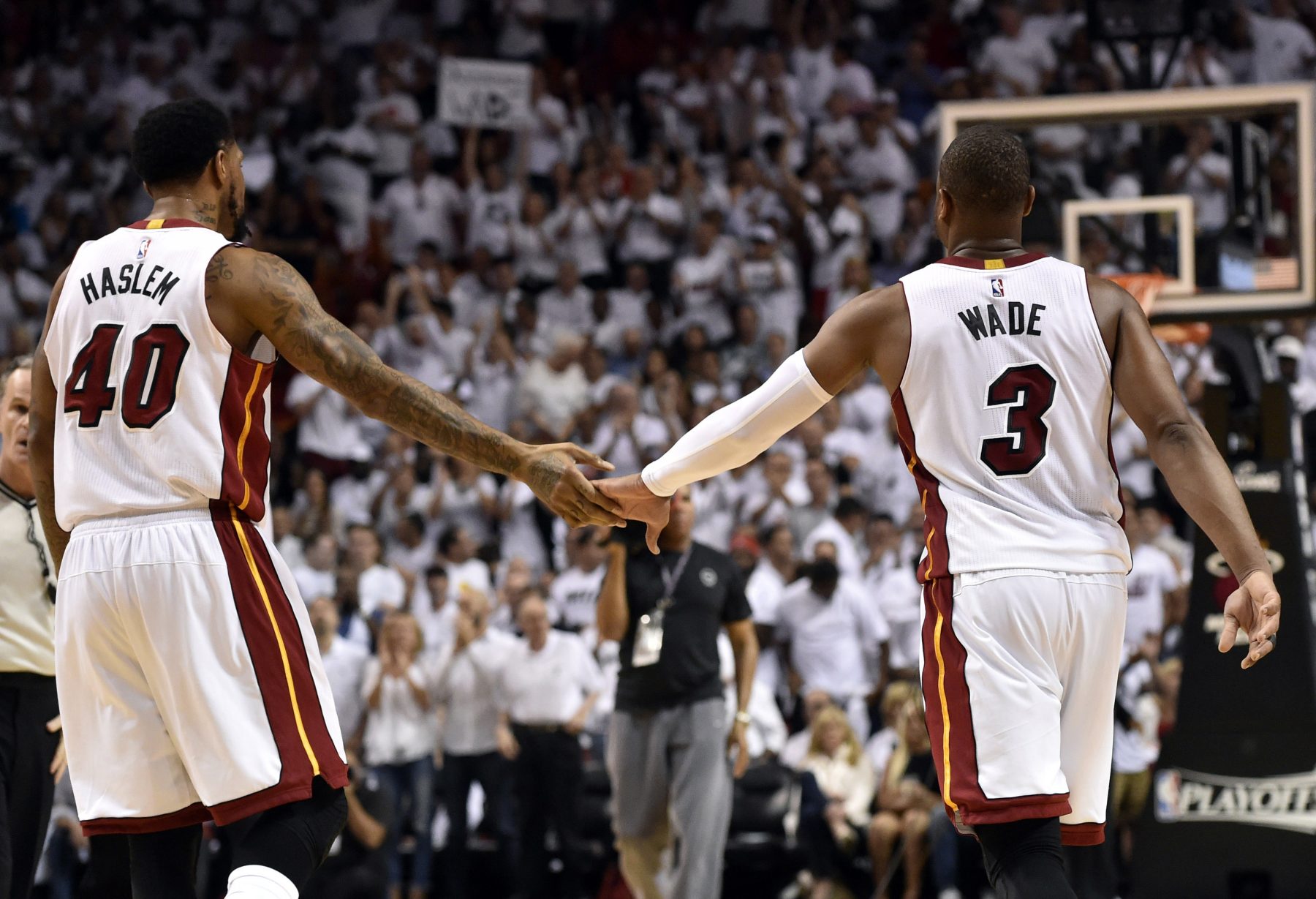 Dwyane Wade and Udonis Haslem have spent the majority of their careers together. The longtime Miami Heat teammates were both rookies during the 2003-04 season and have spent 15 seasons playing alongside one another.

Haslem was recently nominated for the 2018-19 Twyman-Stokes Teammate of the Year Award and Wade is now actively campaigning for his teammate to win the award.

Congrts to all the nominees but this award has @ThisIsUD written all over it. Y’all know where my vote is going and it’s not because he’s my brother it’s because i get to witness it everyday. He’s an everyday leader for us. https://t.co/W8lNgKw38K

Despite Haslem’s lack of on-court impact this season, his influence in the locker room is unmistakable. Wade knows this as well as anyone in the NBA.

However, Haslem is facing stiff competition including the likes of Jared Dudley, Kyle Korver, Andre Iguodala, Channing Frye, and Mike Conley among others.

The 12 total nominees were selected by a panel of NBA legends, but current players will vote on the award.

Perhaps Wade’s support for Haslem will be enough to push him over the top. Of course, the entire NBA community is watching Wade’s final regular season come to a close. The shooting guard has been recognized far and wide for his own contributions to the game.

It would be fitting to see Haslem recognized for his contributions to the Heat this year. His 16-year career in Miami is a testament to his high character and willingness to do whatever is best for his team.
[xyz-ihs snippet=”HN-300×250-TextnImage”]