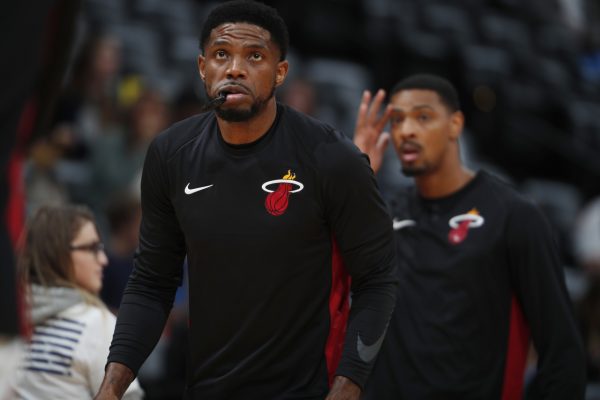 The Miami Heat are in a fight for their playoff lives at the moment. While Udonis Haslem isn’t making a contribution on the court, he’s definitely doing his part in keeping his teammates on task.

According to a report that came out shortly after the Heat’s 100-92 victory over the Knick, Haslem tore into his teammates at halftime.

There’s good reason why Haslem felt the need to speak up during halftime against the Knicks. New York has won just 14 games this season and has been tanking for months. Despite that, Miami found itself on the wrong end of a halftime score of 61-55.

While it’s unclear what Haslem said to rest of the Heat roster at halftime, it clearly did the trick.

With six games left on the schedule before the 2018-19 regular season comes to an end, five games are against teams headed to the Eastern Conference playoffs.

It’s going to be a make-or-break stretch for the Heat, and the young stars on the roster are going to need all the veteran leadership they can get.