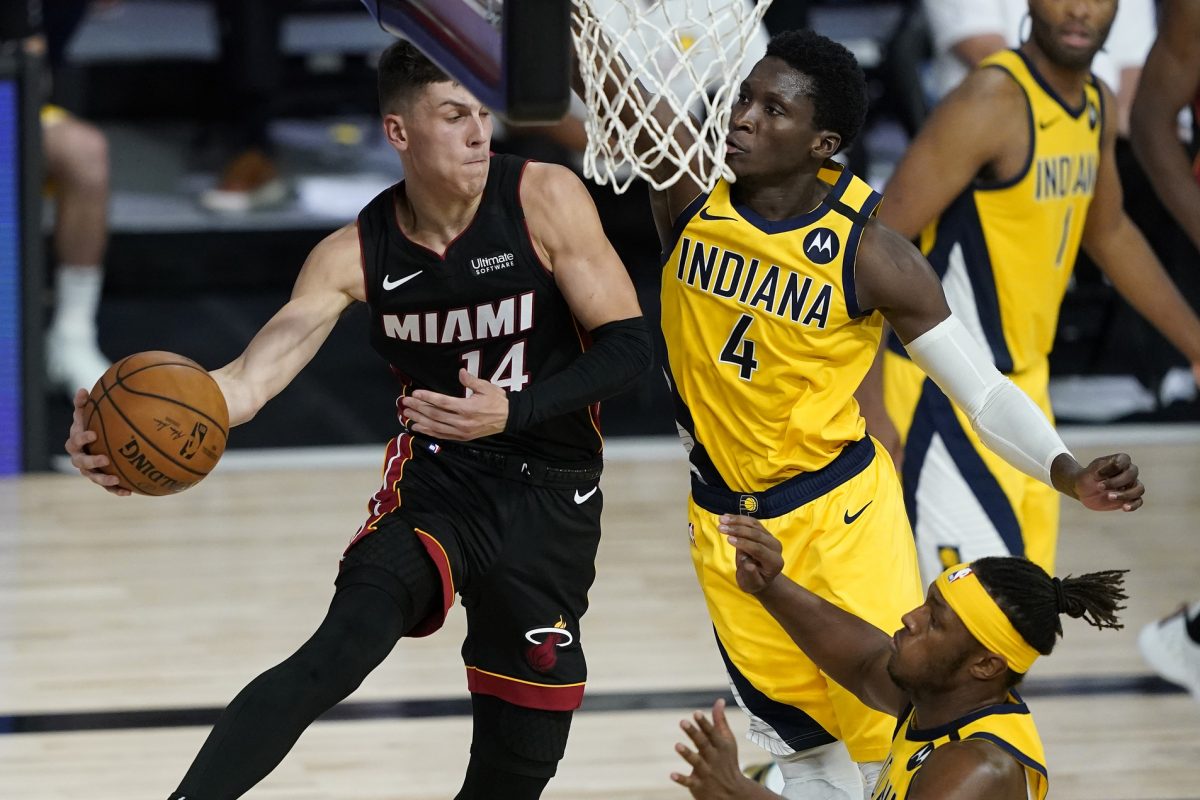 It’s no secret that the Miami Heat have interest in acquiring Indiana Pacers star Victor Oladipo.

However, some people around the NBA believe it would be wrong for the Heat to trade rookie sensation Tyler Herro for Oladipo.

“In fact, I have discussed the Tyler Herro-Victor Oladipo with several NBA types, with it almost universal that such a swap would not be in the Heat’s best interests,” wrote Ira Winderman of the Sun Sentinel.

The Heat and Pacers are currently taking each other on in the first round of the Eastern Conference playoffs.

Both franchises could soon be fighting for the services of Oladipo, as he is set to become a free agent in the 2021 offseason.

If the Heat want to acquire him for a championship run next season, they will have to trade for him. Yet, the idea of including Herro in a deal for the former All-Star apparently doesn’t sit right with many people.

After all, the 20-year-old Herro is outperforming Oladipo in their first-round matchup. In the series, Herro is posting 16.7 points, 3.7 boards and 2.7 assists per game.

The Heat will look to a complete the 4-0 series sweep against the Pacers on Monday.