Report: Spike Lee Went to Great Lengths to Recruit Dwyane Wade to Knicks Back in 2010 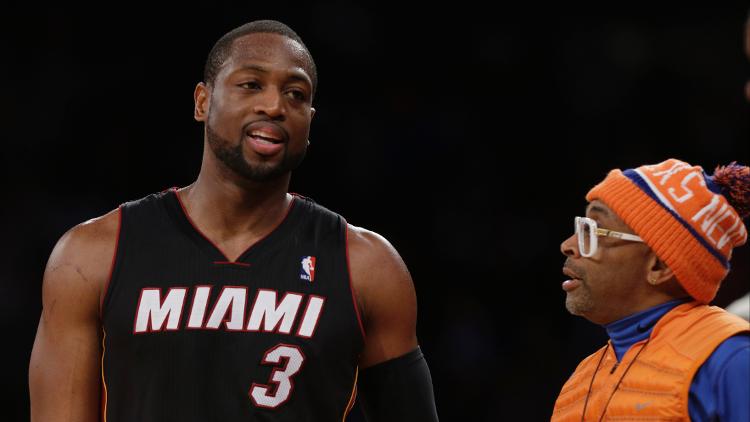 According to ESPN’s Stephen A. Smith, Lee, a noted New York Knicks fan, once recruited Wade to join the iconic New York franchise as if he was working for the team.

I received THIS message from someone in D-Wade's camp about Spike Lee: pic.twitter.com/2lb1JQyjGL

“In 2010, that dude Spike Lee was on the phone recruiting Dwyane Wade to come to the Knicks like he was employed by the team,” Smith relayed. “Waiting for us in the lobby of hotels whenever we came to New York, traveling to recruit on behalf on the New York Knicks, and they treat him like this. What a despicable thing to do.”

It is undoubtedly a fascinating story. If Wade had decided to take his talents to New York City in 2010, there’s no question that the NBA landscape would have been changed forever.

Instead of the Big 3 era taking place in South Florida, it’s quite likely that it would have taken place in Manhattan instead.

Ultimately, Wade of course decided to remain with the Heat. Not only that, he managed to recruit LeBron James and Chris Bosh to join him. Together, the three stars advanced to four straight NBA Finals and won two championships along the way.

As for Lee and the Knicks, the relationship between the two sides has never been more strained than it is currently. To make matters worse, Knicks owner James Dolan is not known for being the forgiving type.

It will be fascinating to see if Lee’s history with the team will have any impact on what Dolan and the Knicks decide to do from here on out.