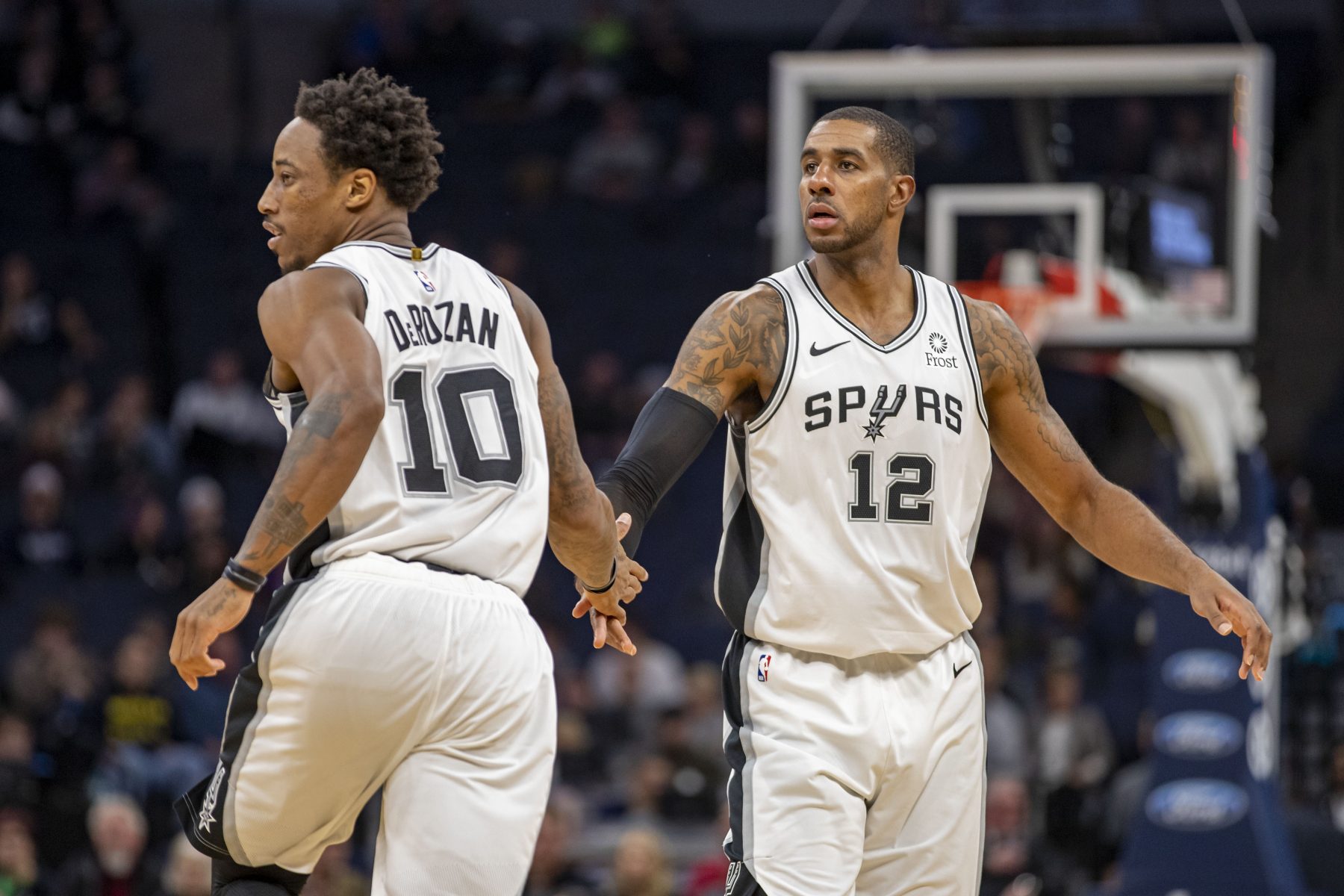 The Miami Heat have been fairly quiet on the trade front so far this season, but that could certainly change as the NBA’s trade deadline approaches.

In fact, Barry Jackson of the Miami Herald recently reported that the San Antonio Spurs still see the Heat as a potential trade destination for stars LaMarcus Aldridge and DeMar DeRozan.

“A source in contact with the Spurs said San Antonio hasn’t decided what to do regarding LaMarcus Aldridge and Demar DeRozan but that it views the Heat as a potential trade partner if it decides to make a move with either one,” he wrote.

“Though there’s no indication of any aggressive Heat pursuit of either at this time, one source said Heat/Spurs contact was expected, if it hasn’t happened already. Pat Riley previously pursued both players when they were free agents and both have deals with only one more full season.

“Aldridge, who has been on a recent roll from three-point range (20 for his last 40), would appear to be the far more logical target because the Heat could use another skilled, accomplished power rotation player. An informed source said the Spurs would want more than simply an injured Winslow and Derrick Jones Jr. and expiring contracts. Kendrick Nunn could entice the Spurs, but whether Miami would be willing is another story.

Either player ending up in Miami prior to the Feb. 6 deadline would certainly shake up things in the Eastern Conference. The Heat have already gotten off to a surprise start on the season, currently sitting at the No. 2 seed in East.

Adding either Aldridge or DeRozan would likely improve their chances at advancing deep into the playoffs.

So far this season, Aldridge is averaging 18.8 points, 7.6 rebounds and 2.5 assists per game. Perhaps the most convincing case for Miami to seek a trade for Aldridge is his three-point shooting this season, which has been nothing short of a revelation.

That shooting would not only stretch the floor to help Miami’s cutters get inside, it would also help further bolster the Heat’s three-point shooting, which has already been a strong point for the team this season.

As for DeRozan, he is averaging 22.6 points, 5.3 rebounds and 5.1 assists per game. While he has been known as a shooting guard who hasn’t shot particularly well from beyond the arc throughout his career, his percentages have seen a significant uptick as well.

He’s a 28.4 percent three-point shooter for his career. However, in the last 10 games, he’s made 50 percent of his long balls.

The trends for both players should be taken with a grain of salt, but they definitely make both players more enticing.

It would be interesting to see what San Antonio would ask for in return for either player. With Justise Winslow struggling to return from a back injury, Miami’s trade assets are dwindling.

Still, it seems clear that these names are two to look out for as the trade deadline nears.