Report: Pat Riley Gave Goran Dragic No Assurance That He Won’t Be Traded 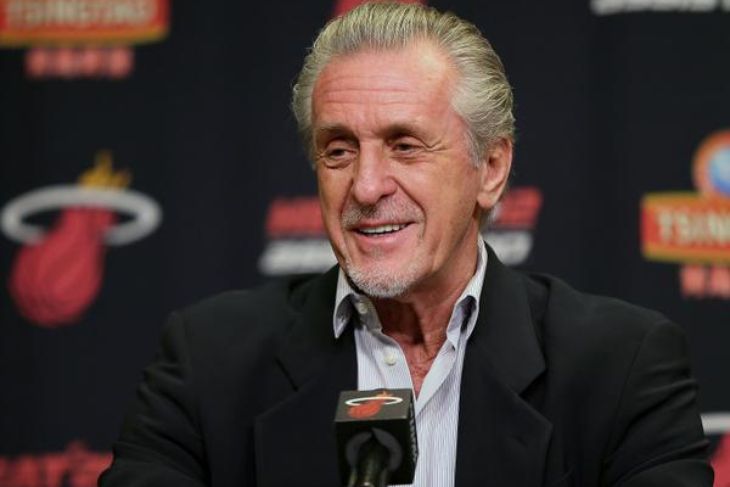 The Miami Heat were able to address one offseason item on Thursday when veteran guard Goran Dragic opted into the final year of his contract.

However, one new report indicates that despite Dragic making the decision to stay with the Heat, team president Pat Riley might still end up trading the veteran during the 2019-20 campaign.

Dragic now becomes trade eligible. Riley gave him no assurance that he would not be traded, though Riley didn't indicate that he was looking to do that, either.

The fact that Dragic agreed to opt into that final year came as no surprise, given his current situation. He turned 33 last month and missed two months during the 2018-19 season while recovering from knee surgery. Those factors severely minimized the prospect of him obtaining a similar or even better deal than the $19.2 million he’s due next season.

Depending on the course of the Heat’s 2019-20 season, Dragic could potentially be dealt to teams looking for a veteran guard for what they would hope will be a long playoff run. Both Dragic and Hassan Whiteside had player options for next season, though Whiteside has yet to indicate his course of action.