Don't Miss
Home / Rumors / Report: Pat Riley Broke His Hip While Cussing Team Out and Kicking Door in Anger in 2007

Report: Pat Riley Broke His Hip While Cussing Team Out and Kicking Door in Anger in 2007 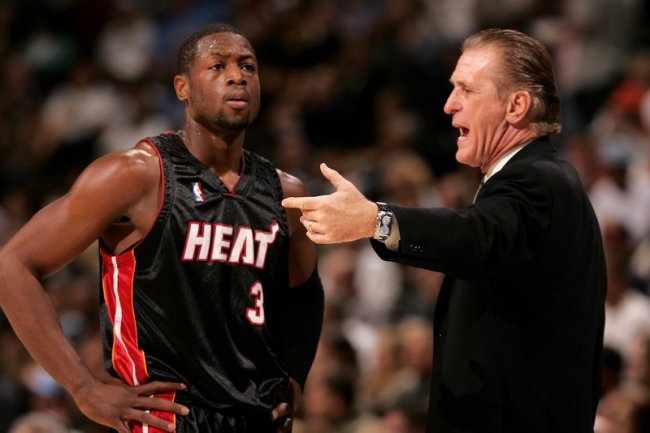 Miami Heat team president Pat Riley has always had a ferocious thirst for winning, with a new report indicating that his anger once resulted in him injuring his hip and knee.

Udonis Haslem discussed past instances of anger involving the Heat, including a near-fight he had with Dwyane Wade. The Riley incident took place in 2007, with the Heat’s then-head coach’s outburst requiring a previously scheduled hip replacement.

Riley’s passion for winning has paid off, leading the Los Angeles Lakers to four NBA titles in the 1980s, while also being a central part of all three Heat championships.

Such fervor isn’t uncommon among coaches or even front office executives, though a coach actually injuring himself in such fashion is a rarity.

Over the past quarter-century, Riley has been at the controls of the Heat organization. During that lengthy span, he’s helped take a franchise that had been around less than a decade and turned it into one that has an established culture and talent for developing players.

Even though Riley turned 75 last month, he remains focused on bring back the glory days of the Heat, though it’s likely that he’ll think twice before his anger again gets the best of him.