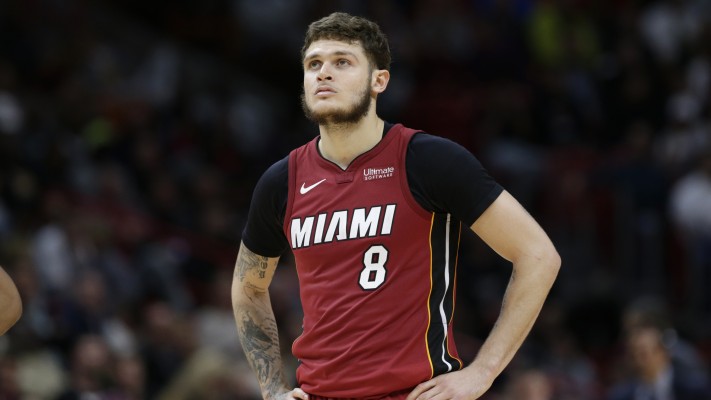 With the NBA offseason on the verge of heating up, the Miami Heat is reportedly looking to do some addition by subtraction this summer.

According to Barry Jackson of the Miami Herald, the Heat is looking to move Tyler Johnson to get his hefty contract off the books.

“Next season, the Heat already has considerable money invested at shooting guard, with Dion Waiters under contract at $12.7 million and Tyler Johnson at $19.2 million,” Jackson wrote. “And that doesn’t even include small forward Josh Richardson, a natural shooting guard who’s due to earn $9.4 million – or Dwyane Wade, who’s mulling whether to return and would stand to potentially get the Heat’s $5.5 million exception if he chooses to play.

“The Heat would like to move Johnson’s contract, according to an official who has spoken to Miami – but isn’t especially optimistic about it. Miami is comfortable with the 6-6 Richardson continuing to play small forward, because his defensive acumen helps compensate for his height disadvantage at times.”

The fact that Miami is trying to move Johnson likely says much more about the $50 million contract it signed him to two summers ago and less about Johnson as a player.

In the end, Jackson said all that likely needs to be said on this topic. While the Heat would like to move Johnson, his contract will likely get in the way of any potential trade unless it offers to seriously sweeten the deal. Only time will tell whether or not Miami can find a way to make it work.
[xyz-ihs snippet=”HN-300×250-TextnImage”]

Dion Waitersdwyane wadeFeaturedjosh richardsonmiami heatNews Tickertyler johnson
← Previous Story Miami Heat Rumors: Heat Have Privately Told Wayne Ellington They Want Him Back
Next Story → Report: Pat Riley Will Do ‘Anything and Everything’ to Land Kawhi Leonard