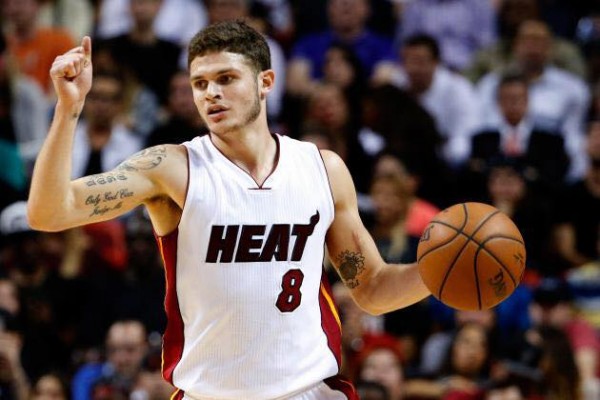 A year ago today, Tyler Johnson had a partially guaranteed contract and wasn’t sure what his future in the NBA was going to be. Tonight he found out that the Miami Heat are going to pay him $50 million over the next four years.

According to the Adrian Wojnarowski of The Vertical, the Heat have agreed to match the $50 million offer sheet he signed with the Brooklyn Nets.

Since Johnson was a restricted free agent, the Heat had three days to match the Nets’ offer and they did just that on Sunday. His contract is extremely backloaded so he will earn $5.6 and $5.9 million the first two years and $18.9 and $19.6 million the next two years.

The third-year player out of Fresno State University took a difficult path up from the D-League and forced the Heat to give him a chance. He flourished in an established rotation role last year averaging 8.7 points, 2.2 assists, 3.0 rebounds per game. Johnson was one of the Heat’s best shooters last season, shooting 48.6 percent from the field and 38 percent from behind the arc.
[xyz-ihs snippet=”Responsive-ImagenText”]