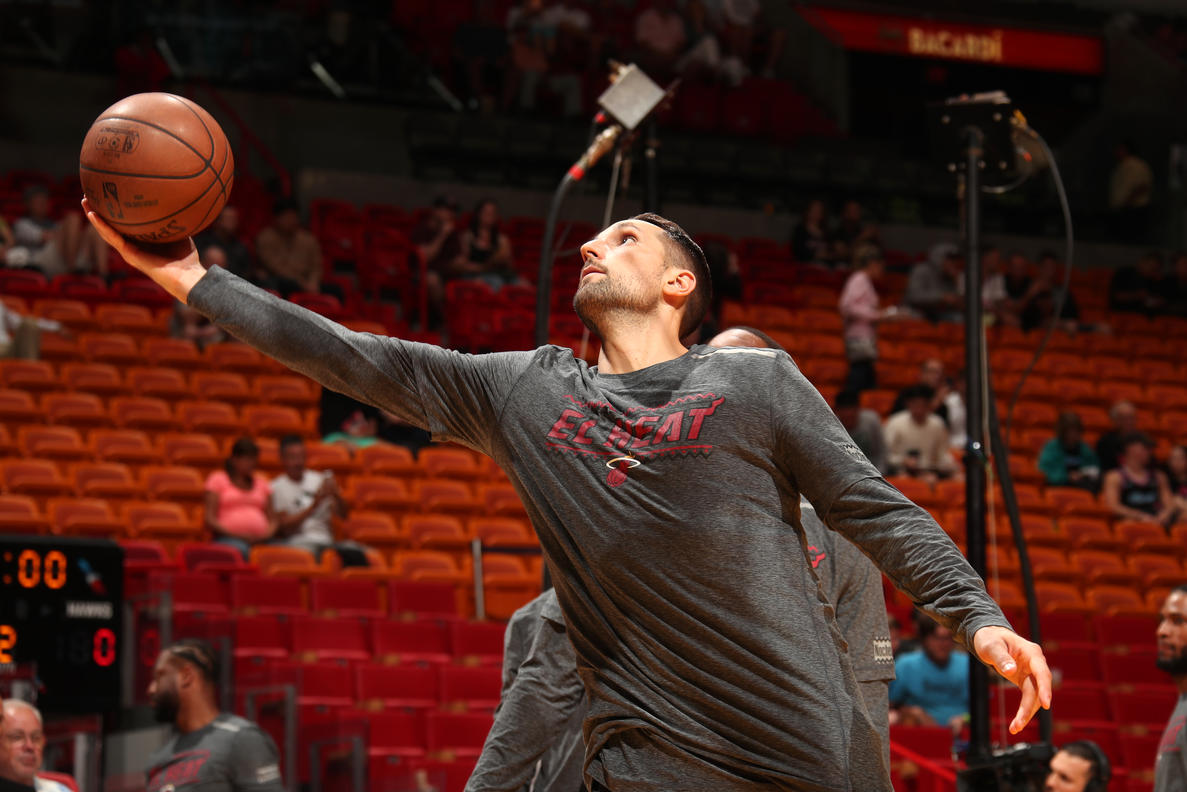 The Miami Heat is looking at different ways to provide some payroll flexibility for the 2019-20 season. One of those plans is expected to include buying out veteran Ryan Anderson’s huge contract for next season.

Barry Jackson explored the Heat’s tight financial situation for next year and showed how the buyout can help ease that burden:

“If the Heat buys out Ryan Anderson as expected by a July 10 deadline, Miami’s cap commitments for next season (including its first-round draft pick) would be about $137 million – about $5 million above the tax threshold. That presumes Hassan Whiteside and Goran Dragic opt into their contracts for next season, as expected.

Anderson is scheduled to make $21.26 million this year, the final year of a four-year, $80 million deal he signed with the Houston Rockets in 2016. He was acquired by the Heat in a trade deadline deal from the Phoenix Suns in February, with that deal sending Wayne Ellington and Tyler Johnson to the Suns.

Whiteside and Dragic each have one year left on their contracts, with respective player options of $27.1 and $19.2 million.

The Heat has also been considering making a trade for veteran Cleveland Cavaliers guard J.R. Smith, with either James Johnson or Dion Waiters potentially mentioned in such a deal. However, if it does trade for Smith, it will release him to also help improve the team’s salary cap issues.
[xyz-ihs snippet=”HN-300×250-TextnImage”]