Report: Miami Heat ‘out of the picture’ to re-sign Jae Crowder 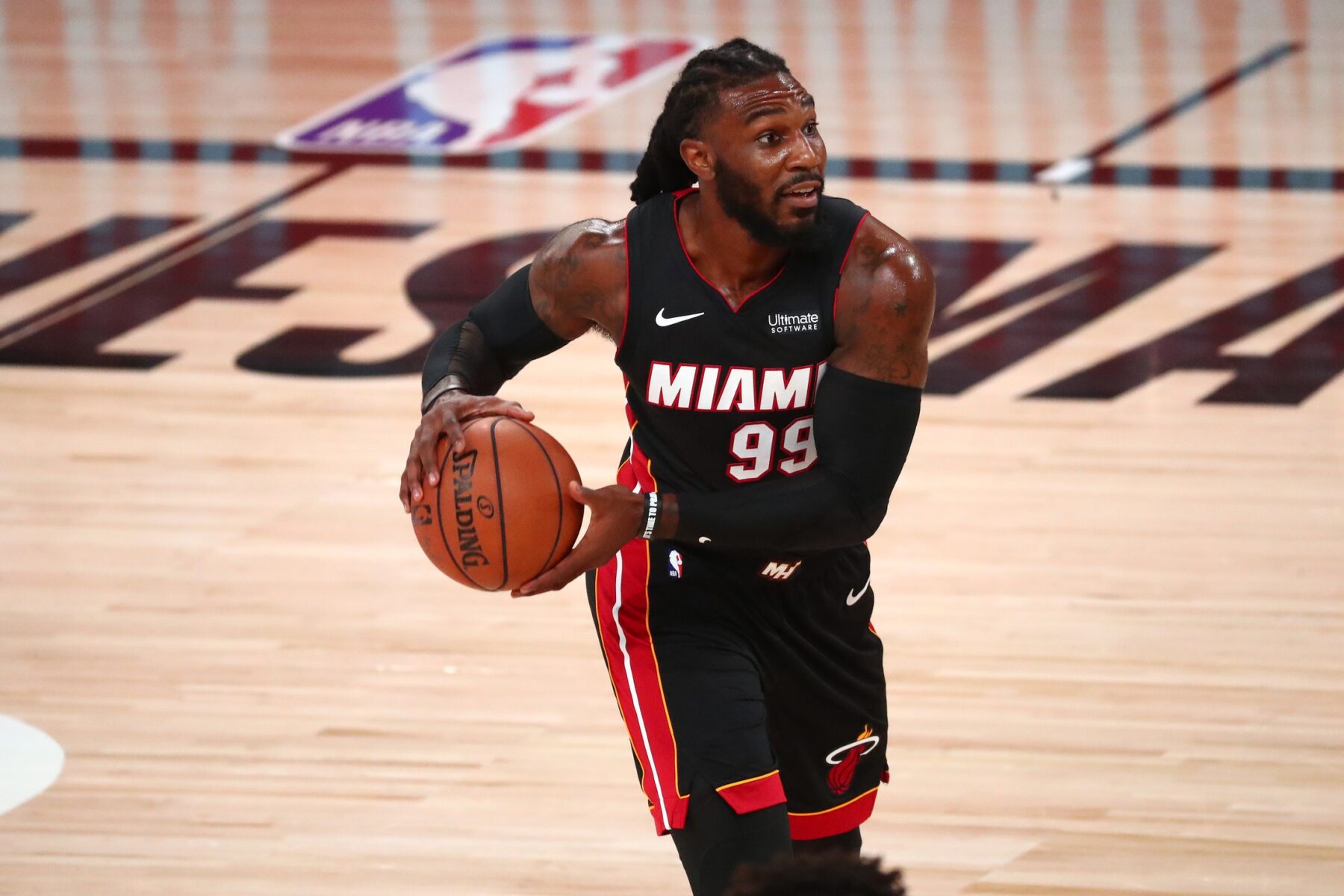 The Miami Heat secured a big victory to start NBA free agency on Friday by getting Goran Dragic to agree to re-sign with the team on a lucrative two-year deal.

Although one of the team’s priorities in the offseason has been taken care of, the Heat could be out of the running to retain Jae Crowder.

Lakers, Clippers and Mavericks are among teams showing interest in Jae Crowder, per @ClutchNBA5R

The Miami Heat are reportedly out of the picture

Crowder played a sizable role in the team’s success during its playoff run in Orlando, Fla. The veteran forward proved to be a valuable role player down the stretch as he came up big on numerous occasions, especially with his outside shooting.

The 30-year-old had one of the best postseasons of his NBA career averaging 12.0 points, 5.6 rebounds and 1.9 assists per game in 21 starts for the Heat.

Along with putting up some solid numbers, Crowder also shot 40.3 percent from the floor and 34.2 percent from beyond the arc.

It’ll be interesting to see whether Pat Riley and company value Crowder as a vital piece to the championship puzzle or if he’s ready to move on.