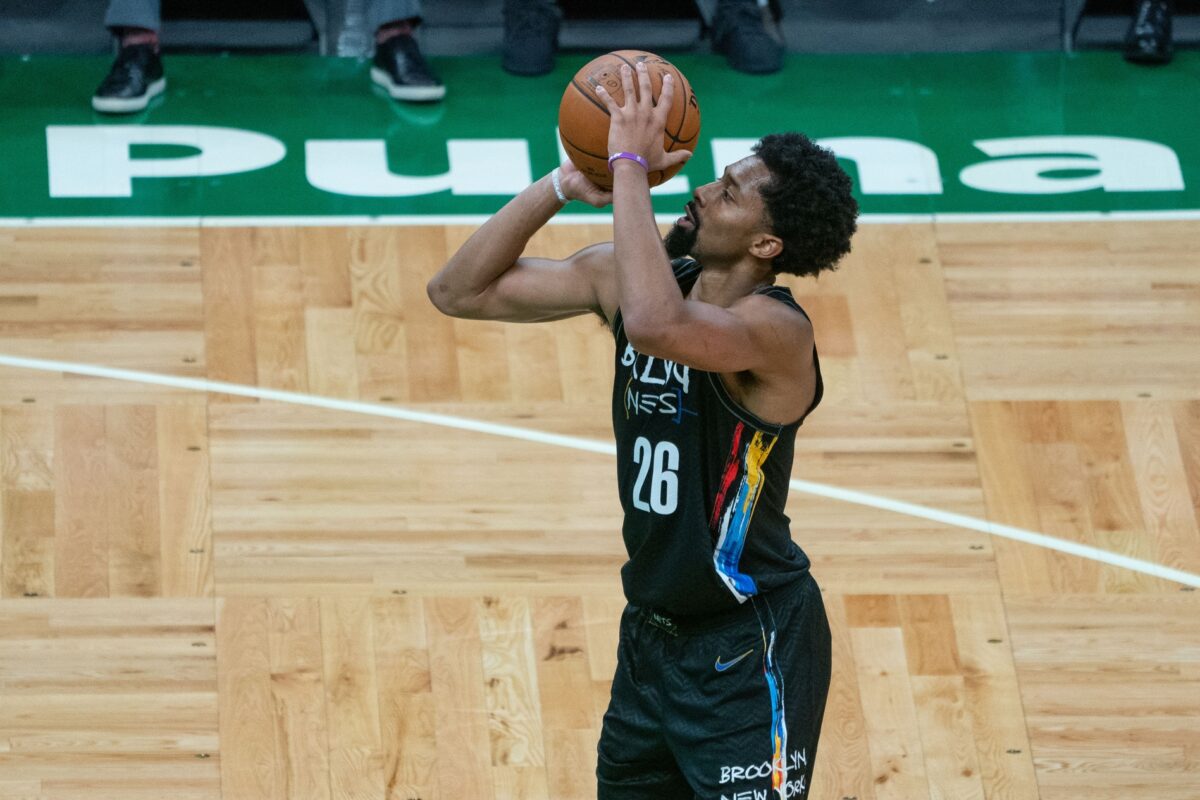 It’s no secret that the Brooklyn Nets have been open to trading guard Spencer Dinwiddie.

It seems the Miami Heat have been one of the teams that have been keeping tabs on the currently injured guard.

“The Miami Heat are among the teams that have had interest in acquiring Spencer Dinwiddie from the Nets, per SNY sources,” wrote Ian Begley of SNY.tv.

Dinwiddie, 27, suffered a partially torn ACL at the beginning of the season.

As a result, he has only played in three games this season. He averaged 6.7 points, 4.3 rebounds and 3.0 assists in those three games.

Yet, Dinwiddie has star production when he’s heathy. The veteran put up a career-high 20.6 points and 6.8 assist per game last season.

Now, the Nets have the superstar trio of James Harden, Kevin Durant and Kyrie Irving. The Nets could ship off Dinwiddie to build around their superstar trio.

As for the Heat, they’re gunning to make the NBA Finals again. The Heat have been active in the trade market.

While Dinwiddie would not be able to aid in Miami’s pursuit of a title this season, he could possibly be acquired for cheap and make a major impact in Miami next season.