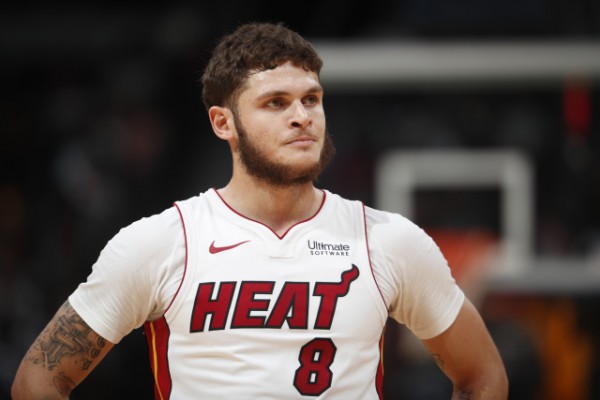 The Miami Heat‘s 2018 offseason has been incredibly quiet thus far. According to a recent report, however, things could starting heating up quite quickly.

According to ESPN reporter Zach Lowe, the Heat and the Houston Rockets have discussed a potential deal involving Tyler Johnson as the Rockets continue to look for ways to add a wing to their roster.

Lowe: "I've heard [Houston has] talked to the [Miami] Heat. [The] Heat are kicking a lot of tires."

Zach Lowe on the Houston #Rockets (2/3) – "I've heard they've talked to the #Heat. I can see, like, Tyler Johnson, same package, same idea. 2 years of salary at about the same number. One guy is a better fit for the Warriors, one guy is not…"

This summer, there have been rumors that the Heat have been interested in trading Johnson, but those rumors have been based on the belief that they want to get his hefty contract off the books.

Trading Johnson for Ryan Anderson would defeat that purpose. Anderson still has two years left on the four-year, $80 million deal he signed back in 2016. He’s scheduled to make $20.4 million this season and $21.2 million in the 2019-20 season.

What the trade would give the Heat is an added draft pick. While the Rockets pick is sure to be well outside of the lottery considering their talented roster, it could either help the Heat trade for an established star, or further build their core of young talent.

As the report indicates, the talks seem to still be in the preliminary stages, so it is unlikely something will happen quite soon. Still, it is clear that this is something to keep an eye on as the offseason progresses.
[xyz-ihs snippet=”HN-300×250-TextnImage”]