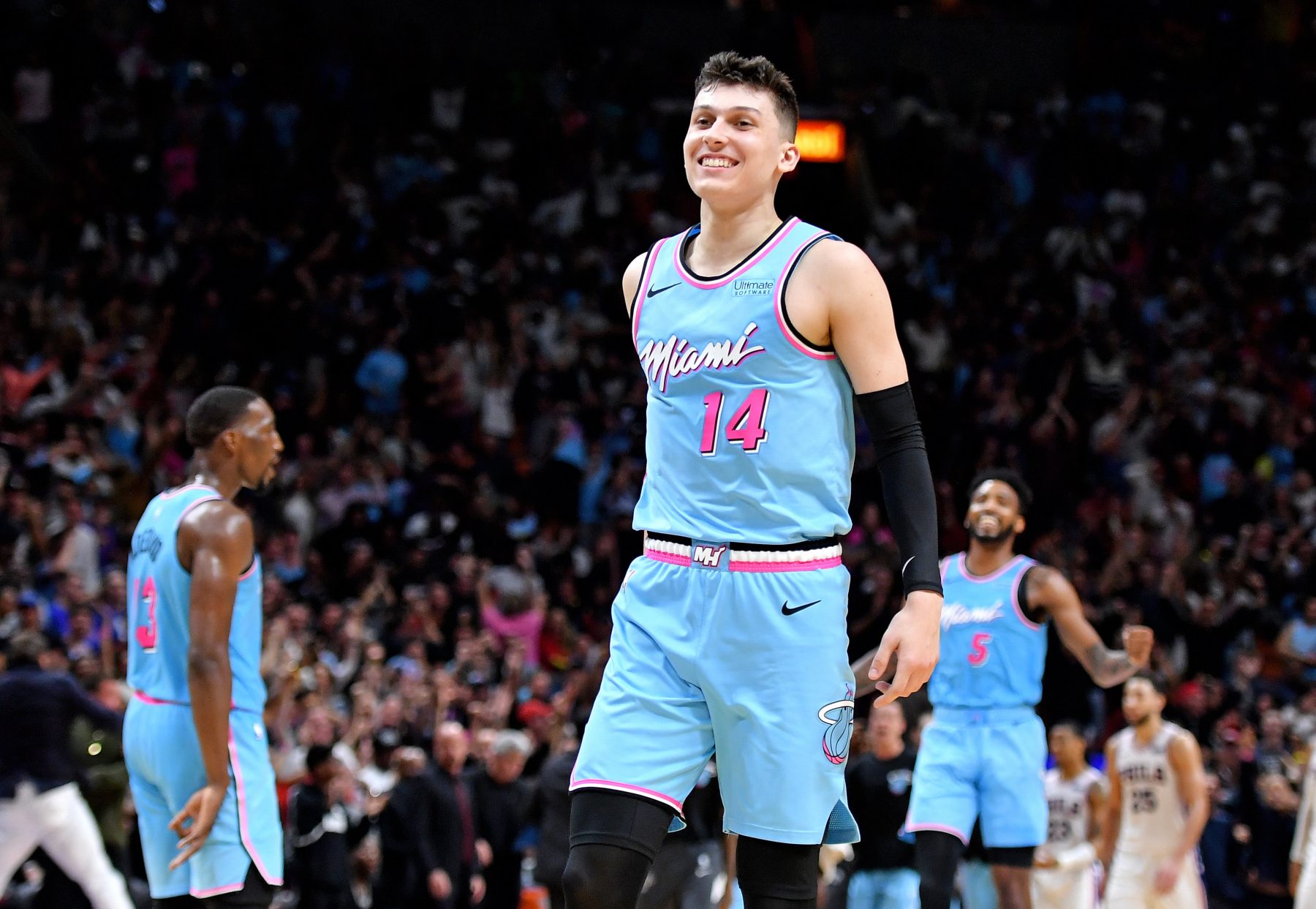 Trade rumors are heating up, and the Miami Heat have been mentioned in a number of potential deals.

While the Heat may indeed end up making a move prior to Thursday’s deadline, fans don’t have to worry about rookie guard Tyler Herro being dealt.

Based on a recent report from Chris Mannix of SI.com, Miami has told teams that Herro is off limits when it comes to potential trade chips.

“Miami has told teams that Tyler Herro is off limits, at least for now,” Mannix wrote. “The Heat hit big with the Herro/Duncan Robinson/Kendrick Nunn pickups, and Miami isn’t interested in any contracts that stretch beyond 2021 … when Giannis Antetokounmpo could be a free agent, and Pat Riley will have another chance to lure a transformational star to South Beach. Danillo Gallinari fits that mold, and Gallo’s three-point shooting would be a welcome addition to Miami’s frontcourt. So, too, would LaMarcus Aldridge, but the Spurs are something of a mystery. They rarely make midseason trades but there is some league-wide thinking that both Aldridge and DeMar DeRozan could be available. Aldridge, who has emerged as a reliable three-point shooter this season, is probably more valuable, and an Aldridge-Bam Adebayo front line would be fun to watch.”

Herro has been an electric force coming of the bench for much of his rookie campaign and has quickly become a fan favorite in Miami.

While those numbers on their own are quite exciting for a rookie, it’s his ability to get hot that likely has the Heat so enthralled.

He scored 23 points in a Feb. 1 win over the Orlando Magic.

In late January, he recorded 25 points in Miami’s overtime win over the Washington Wizards. There are many other examples so far this season of Herro finding his rhythm and powering the Heat to victory.

Surely, the hope that Herro could ultimately enjoy production like that on a nightly basis has led the team’s front office to make him untouchable in trades.

Whether or not that ascension takes places anytime soon remains to be seen.