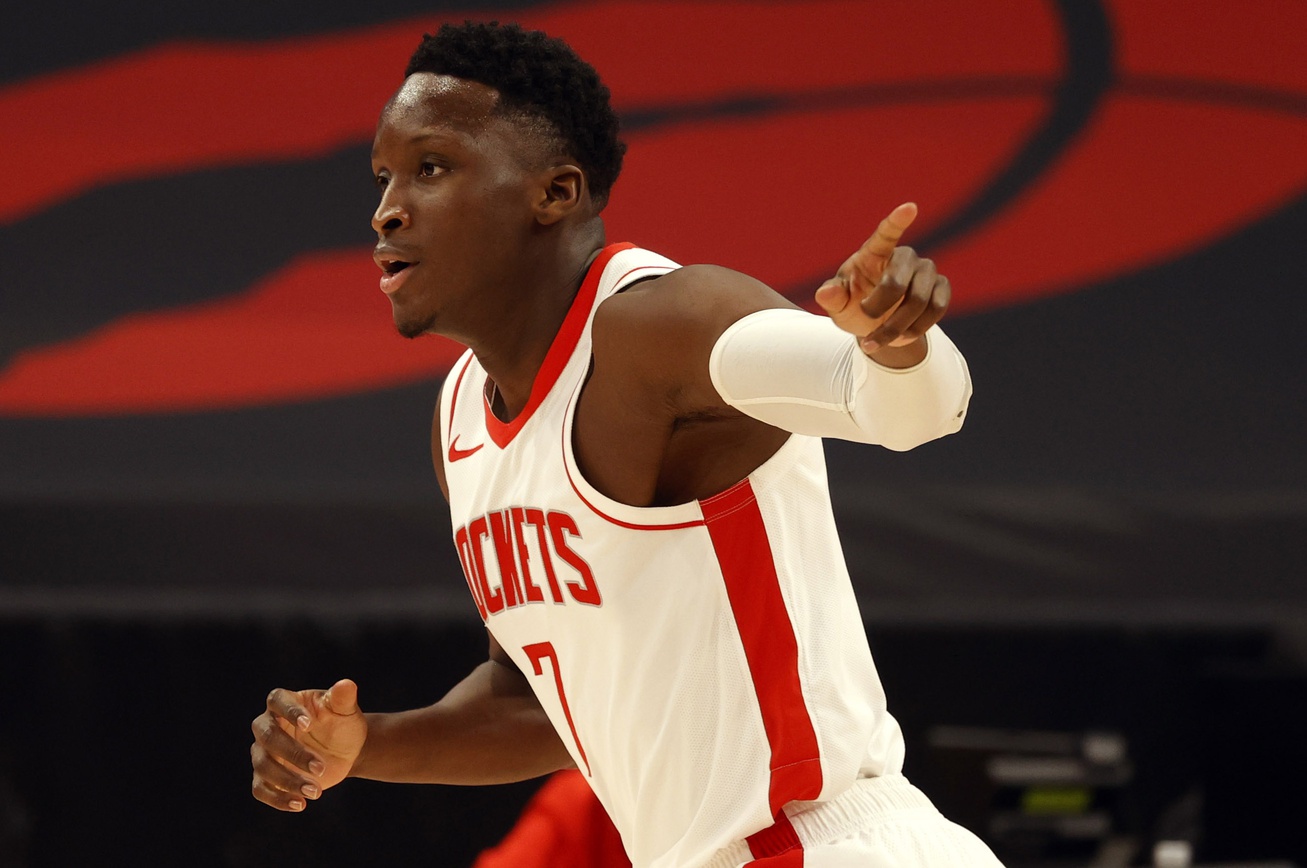 Houston Rockets guard Victor Oladipo has turned down a two-year, $45.2 million contract extension, and as a result, his team may end up looking to trade him.

“Oladipo is in the final year of a four-year, $85 million contract, which leaves the Rockets with decisions to make prior to the March 25 trade deadline — including whether they’ll make him available in trade talks,” wrote Adrian Wojnarowski of ESPN. “The transitional state of the Rockets’ roster makes it likely they’ll listen to overtures as they continue to get to know Oladipo — and he gets to know them — since the mid-January trade that brought him from Indiana as part of the James Harden blockbuster.”

The Miami Heat and New York Knicks are rumored to be interested in him if he’s available.

“Houston has yet to engage with teams on trade talks involving Oladipo, sources said,” wrote Wojnarowski.

“Nevertheless, Oladipo, 28, has the chance to become one of the best two-way players available at the trade deadline or free agency. Miami and New York are among teams who’ve had an interest in Oladipo, and both have the salary-cap space to sign him outright in the summer.”

Oladipo was known as one of the league’s speediest and most explosive guards, but he suffered a ruptured quad tendon in early 2019 and missed more than a year of action.

Since returning, he has largely struggled to fully regain his old form.

For the Heat, Oladipo could provide a guard who is a legit scoring threat. With Goran Dragic nearing age 35 and going through an injury-riddled campaign, Oladipo could greatly fortify Miami’s backcourt.

There are rumors that Oladipo wants to join the Heat this offseason as a free agent. If so, the Rockets may be forced to deal him to South Florida in order to get something of value in return.