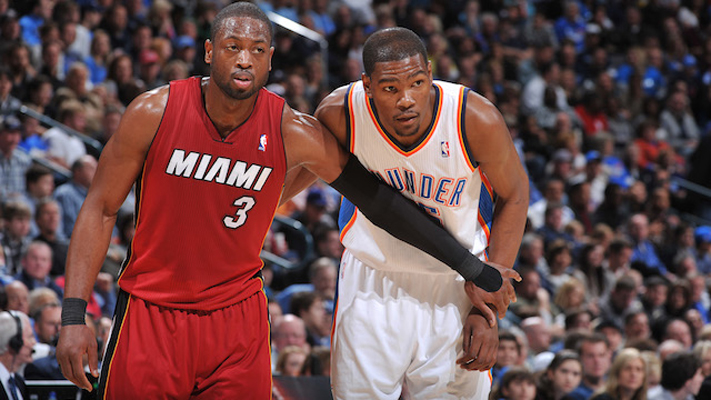 A report from The Oklahoman by Erik Horne says the Miami Heat could be in the lead in the Kevin Durant sweeptakes.

On the condition of anonymity, The Oklahoman spoke to other NBA agents around the league about the free-agency bonanza set to unfold in five days. Specifically, when they talked about Durant there was one agent who thought the superstar had probably already made up his mind.

“He knows his plan before this process happens,” one agent said. “It’s more formality than anything else.”

The second agent in the report remarked that any team that could pry him away from Oklahoma City would have to “be a good team, in a better market with a better chance to win than OKC.”

“So Golden State and Miami become the only real players,” the agent said. “It’s too hard to justify a move to Los Angeles (Lakers) or New York because they are not close to winning. Houston’s out.”

Heat fans know that all it could take is one meeting with Pat Riley, but we will have to wait and see until the clock hits July 1st.
[xyz-ihs snippet=”Responsive-ImagenText”]