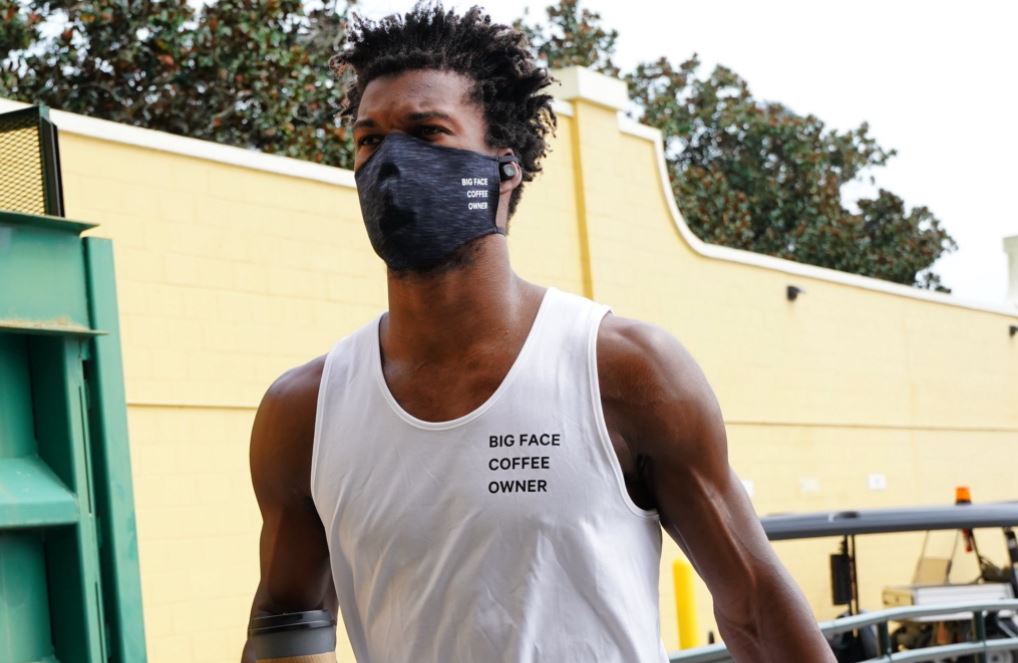 The endorsement footprint of the Miami Heat’s Jimmy Butler continues to grow, with a new report indicating that he’s on the verge of a partnership with athletic clothing brand Lululemon.

Butler has been wearing their apparel throughout the NBA restart and is closing in on a unique long-term partnership to become arguably the biggest face of the athletic brand. https://t.co/fWy0V2n26W

Butler has been a central component of the Heat’s improvement this season, with the team making its first conference finals appearance since 2014.

During the 2020 postseason, Butler has been a key factor in the Heat winning nine of their first 10 games, including their overtime victory over the Boston Celtics on Tuesday night.

In that conference finals opener, Butler finished with 20 points, five rebounds, five assists and two steals. In addition, the 31-year-old Butler connected on a clutch 3-pointer in the final minute of regulation.

Performances such as these are why the Heat made a concerted effort to acquire Butler on two separate occasions during the past two years.

The first time came in 2018 when Butler was a member of the Minnesota Timberwolves, while the latter instance came when he was on the verge of becoming a free agent last year. Just prior to that taking place, the Heat made a deal with the Philadelphia 76ers to put him in a Heat uniform.

If Butler is able to lead the Heat to their first NBA title in seven years, Lululemon might not be the only company interested in an endorsement deal.

Buler and his Heat teammates will try to take the next step in that process when they take on the Celtics on Thursday night.